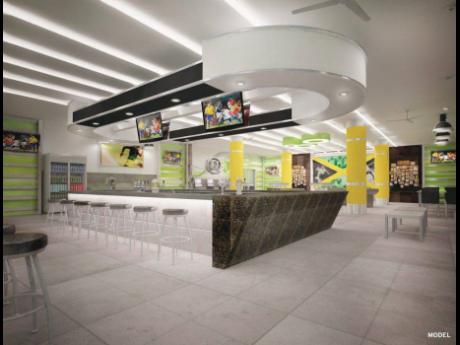 File
One of the many restaurants at RIU Negril. The hotel is one of several under the RIU brand that will close this week.

Plunging arrivals out of the United Kingdom and Canadian markets as a ­result of COVID-19 have forced at least four Spanish hotels and several attraction operators to close their doors.

The hotels – RIU Palace Jamaica, RIU Negril, and RIU Montego Bay – will cease operations as of this Thursday, while the three Royalton Negril properties have shuttered, moving all their guests to their Trelawny resorts, Royalton White Sands and Royalton Blue Waters.

Uncertainty also hovers over Iberostar, which is expected to close one of its three hotels by the end of the week. Royal DeCameron said that it would not accept any new reservations for stays between March 20 and May 31.

The news comes as Sunwing, West Jet, and Air Transat have advised the hotels of plans to send rescue planes for their guests this Sunday, March 22. All three ­companies are based in Canada.

“Given the current situation of crisis created by the spread of the coronavirus, RIU has created a Crisis Cabinet to coordinate and try to make agile decisions. At the moment, our hotels in Jamaica are still open taking care of the customers in the destination,” RIU said in a statement issued on Tuesday.

“But, as of today (Tuesday), we will put in place a plan of closings to adapt our operation to the reality of the occupancy, given the travel restrictions and the paralysation (sic) of sales in many international markets.”

While three of RIU’s hotels will be closed, the possibility exists that the others will suffer the same fate. RIU Ocho Rios, RIU Reggae (Montego Bay), and RIU Tropical Bay in Negril will remain open for now.

“We are facing an ­unprecedented situation that requires us to take exceptional measures. Our ­business model, based on hotel ownership and direct ­management of our operations, allows us to have the agility to take the actions required by the current situation,” RIU’s statement said.

Approximately 1,000 workers will be affected by the RIU closures.

The shutdown come in the wake of the announced hotel quarantine policy for guests from COVID-19-affected countries.

Guests who have come from countries where there is community spread are expected to stay within hotel premises for 14 days, Minister of Health and Wellness Dr Christopher Tufton told journalists at a Jamaica House press briefing on Tuesday evening.

Tufton also said that those who display flulike symptoms should quarantine themselves in their rooms.

The tourism sector has been reeling from the impact of the novel coronavirus – or SARS-CoV-2 – evidenced by the closure of the Urban Development Corporation-run world-famous Dunn’s River Falls and Pearly Beach, the privately operated Kool Runnings Water Park, and the popular Chukka Caribbean Adventures, following in the footsteps of Mystic Mountain, which announced last week that it would be closed for the next 30 days.

Speaking with The Gleaner on Monday, Mystic Mountain’s Mike Drakulich said that he would pay his 180 workers half of their salaries for the duration of the shutdown.

“We hope the rest of the industry will follow this example and that the Government will give consideration to waive all statutory deductions of the reduced subsistence wages employers will be paying to their workers as well as income tax withholding for those above the threshold,” said Drakulich.

He is also hopeful that banks would offer 90 days of low-interest lines of credit or revolving loans to facilitate businesses supporting workers’ welfare.