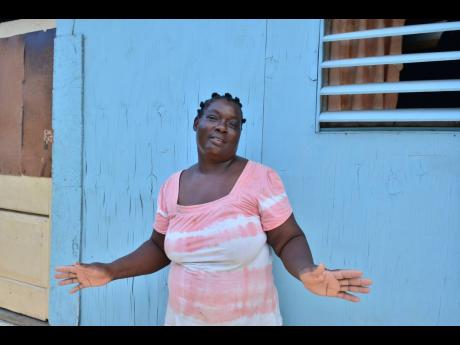 Dwayne Gordon is a resident of Riverton Meadows who is engaged in scrap-metal trading.

The bulk of the items he trades for cash are salvaged from the community dump that hoovers up all the solid waste generated in the Corporate Area. But when Jamaica recorded its first confirmed case of COVID-19 on March 10, he made the decision to pause his operations at the western St Andrew dump.

Gordon told The Gleaner that too many uncertainties exist and that his livelihood was not worth risking his or his family’s health.

“A Riverton dis weh di dump deh, and corona is a touching thing, and whole heap a people out there might be infected. Di rubbish a come to di dump, and anything can happen when we out deh a pick out things,” he said.

He continued:“When mi a go pan di dump, mi usually mask up, put shirt over mi face, and gloves pan mi hand, but that still nuh enough. Di dust wicked up deh, and mi nuh think it safe, so me just a avoid it till things change.”

Gordon was referring to the novel coronavirus, which has spiralled into a global health crisis that originated in Wuhan, China, in December 2019. Three months on, infections have climbed past 240,000 and deaths, 10,000.

Audley Gordon, executive director of the National Solid Waste Management Authority (NSWMA), told The Gleaner that pickers can be found at any of the two major disposal sites - Riverton City and the Retirement landfill in St James.

“They pick for different things - some pick for plastic and some for scrap metal. They have markets for different stuff, and there are those who pick to find things for themselves, maybe an old fan,” Gordon said.

He said that while it was a “useful economic activity”, he had urged them not to expose themselves to undue risk.

“It could be discarded tissue, wipes, gloves, or masks, and we don’t know who may have used them. The virus can live for several hours, up to six hours, I’m being told, depending on the surface that it comes in contact with,” he explained.

‘Hustle on the dump’

A shopkeeper who identified herself as Miss Likkle said that living in proximity to the Riverton dump demands that extra precautionary measures be taken during the evolution of the COVID-19 pandemic.

“People down here a hustle on the dump. People guh pan di market guh sell and come back,” she told The Gleaner. “It only tek one person fi bring di virus come. Di Government seh three feet, but mi a tek more than that!” she exclaimed.

Up to yesterday, there were 15 confirmed cases and one death - a 79-year-old who travelled to Jamaica from New York on March 12.

To contain the spread of the virus, the NSWMA boss said that the battle has to be fought in all quarters across Jamaica.

On Wednesday, he met with more than 40 pickers at the Retirement landfill, warning them that “the garbage now is far more dangerous than the garbage in 2019”.

Regular briefings are also being held by dump directors to remind employees of the important role they play in crisis management.

Meanwhile, garbage trucks have been equipped with water, soap, and hand sanitiser, and the NSWMA has enforced the wearing of gloves by sidemen.