Bailout plea as fisheries sink $2b 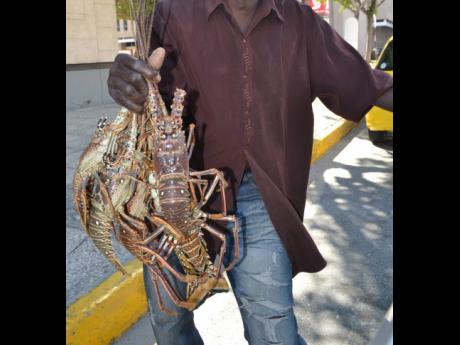 Spiny lobster exports have been hit by the displacement caused by COVID-19.

At least two major players in the fisheries sector remain unimpressed by the Government’s pronouncements on steps to help the sector in light of $2.1-billion hit from the COVID-19 pandemic.

Roderick Francis, head of B&D Trawling, which exported conch, lobster and sea cucumber prior to the crippling of global commerce, has urged Minister without Portfolio J.C. Hutchinson and State Minister Floyd Green to meet with stakeholders and hear first-hand the extent of the fallout before prescribing solutions.

“We want to know the details, because we hear that they’re lending money at 0.5 per cent, and trying to include that into the stimulus package, but I don’t understand how that’s going to help,” Francis told The Gleaner last night.

“We want a breakdown, because the US is pumping US$300 million into their fisheries sector and we have been feeling the negative effects from last year when our business was shut down.”

The lockdown to which Francis refers is the extended close season for conch harvesting, which he calls “another nail in our coffin if they don’t come with some stimulus package”.

Meanwhile, the All-Island Fisheries Development Alliance (AIFDA) is projecting that the extent of the effects of the global pandemic on Jamaica’s fisheries industry would have deep consequences.

Hutchinson, a lifelong farmer who works out of the Ministry of Industry, Commerce, Agriculture & Fisheries, said at a digital media briefing that the National Fisheries Authority had met with the commercial stakeholders to discuss, among other things, the downturn in the export market for lobster.

However, Sidney Francis, chairman of the AIFDA, told The Gleaner that commercial fishers who used to export lobster, conch and sea cucumber – for which China was a preferred market – were now facing losses, with some in the throes of looming bankruptcy.

Among the assistance being requested by the AIFDA from the Government is a US$7.5-million stimulus package to offset losses for the 2019 closure of the conch season and a similar injection if the season does not reopen this year.

The Francises are not related.

Sidney Francis laments that conch fishers yielded to the urgings of then Agriculture Minister Karl Samuda to undertake major upgrading of processing facilities to meet heightened phytosanitary standards. The capital outlay for boats, equipment and storage facilities was extensive, with the EXIM Bank providing much of the loans to ramp up production capacity.

“We don’t know long the closure is going to last, and it might be for quite some time. We’re even doing sea cucumber, and the market for that is China, which is closed,” he said.

He disclosed that the closure of the 2019-20 conch season resulted in a loss of earnings by seafood exporters in excess of J$1 billion and US$500,000 to the Government by way of cess. Eight hundred permanent and seasonal workers have reportedly lost their jobs, with over 5,000 fishermen now experiencing reduced earnings

“The COVID-19 outbreak, along with the closure of the 2019-20 conch season, has been the perfect storm for the seafood industry,” Sidney Francis appealed in a full-page Sunday Gleaner advertisement of March 22.