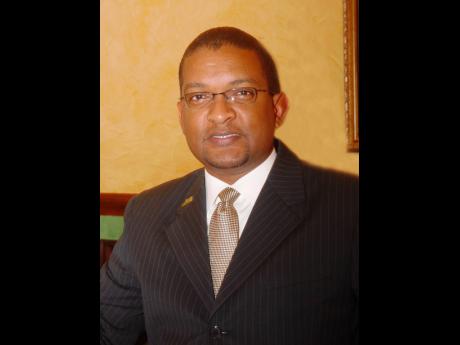 Already faced with billions of dollars in losses as a result of closures of hotels and entertainment attractions and massive lay-offs due to the COVID-19 pandemic, Jamaica’s tourism sector could further lose out on some US$3 billion in revenue.

According to Wayne Cummings, a member of the Jamaica Hotel & Tourist Association-Ministry of Tourism COVID-19 Response Team, a best estimate is for the country to rake in US$1.4 billion to US$1.5 billion this year from the industry, a far cry from the US$4.4 billion that had been projected.

Even then, he added, nothing is cast in stone as the situation could become conceivably worse as everything depends on where Jamaica stands six months down the road in the coronavirus outbreak.

“This year, tourism was projected to earn US$4.4 billion for the country, but given that we had a strong first quarter and a literal shutdown immediately after, with a best guess at this time for a slow resumption starting in October, ramping up through the rest of the year, I am able to make a reasonable projection,” Cummings told The Sunday Gleaner.

“I would surmise the following,using a straight line math, which ignores normal seasonality earnings, in making this assessment and on the assumption that each quarter is worth roughly US$1.1 billion. Therefore, for the first quarter of 2020, we earned US$1.1 billion; the second quarter – US$0; the third quarter – US$0; and the fourth quarter – US$330 million – one-third of a normal quarter. So instead of the projected US$4.4 billion, we may see $US1.4 billion to US$1.5 billion. That, however, assumes that the fourth quarter and the resumption of travel happens as we hope it will.”

Jamaica, along with the rest of the world, is reeling from the ongoing economic fallout from the coronavirus disease 2019 (COVID-19) outbreak, which has infected almost every country across the globe.

With approximately 1,775,210 cases and an estimated 108,544 deaths globally, Kristalina Georgieva, head of the International Monetary Fund, says that the coronavirus pandemic will turn global economic growth “sharply negative” in 2020, triggering the worst fallout since the 1930s Great Depression, with only a partial recovery seen in 2021.

One month after its first confirmed case, Jamaica now has 69 confirmed cases of the respiratory illness. Four persons have died and 13 have recovered.

Across the world, millions of persons have filed for unemployment benefits as economies contract.

Cummings said the situation in Jamaica’s tourism sector is further muddied with the huge job losses, noting that with a projected 100,000 persons directly employed to the industry, and, at a minimum, another 150,000 indirectly employed, “I would project” that 99 per cent of those workers are currently furloughed.

He added that while most, if not all of the major hotel properties on the North Coast are closed, their counterparts in Kingston are open but mainly with single-digit occupancy.

“The bigger question is not how many hotels are closed, but how many are open,” Cummings stated.

“In Kingston, the AC, the Jamaica Pegasus, Courtleigh, Knutsford, the R, and a few others remain open mainly because a few large companies are utilising rooms to centralise their key crisis-response teams for a range of uses. Across the rest of the country, most other hotels have had to shut their doors.”

Omar Robinson, president of the Jamaica Hotel & Tourist Association, said that while hoteliers are all hoping for the best, many are assessing the global environment on a month-by-month basis before making a firm decision on when to open.

“Some properties have stated that they will remain closed for April and May while others are taking a wait-and-see approach,” Robinson noted.

“The hotels will be ready to operate once country borders have reopened, including ours, and where they can safely accept visitors.”

Robinson said that before the pandemic, Jamaica was poised for a record year, noting that the first couple of months into the winter season were excellent, with the country bracing for even bigger numbers in March.

“Both visitor arrivals and earnings were forecast to increase over 2019,” he told The Sunday Gleaner. “We had just finished two excellent months of arrivals and revenues, and March, which is usually one of the strongest months, would have also seen high revenues, surpassing last year. However, when COVID-19 hit, what we saw was numerous cancellations and refunds of deposits, which resulted in a massive erosion of our cash flow and earnings.”

In addition, Robinson said that the hotels also suffered losses as a result of receivables by “some of our major operators” who have either declared bankruptcy or have exercised their force majeure clause, which puts payments to hotels at the very bottom - if collectible.

“So projected losses are going to be significantly below expected earnings,” he shared.

DISRUPTED IN A MOMENT

Minister of Tourism Edmund Bartlett said that COVID-19 was the improbable event that no one could have predicted.

He revealed that when he went to the airport some time in March and saw that there were zero arrivals, “it was a shock of the recognition that COVID-19 had in fact arrived and affected travel tourism in a very profound way”.

“We have always thought that travel and tourism could be affected but never halted, and now we have come face to face with that reality,” Bartlett noted.

“It immediately makes the point that an economy can be disrupted in a moment and in the twinkling of an eye. If the situation continues, it means zero employment, zero foreign exchange from that source, and, of course, total discontinuation of linkages to the other sectors of the economy.”