We have heard their cries, PM says of heartbroken ship workers 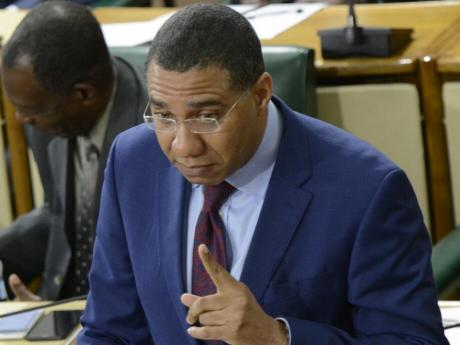 Holness: We are working on a plan.

Prime Minister Andrew Holness says the Government is working “very quickly” to put in place a protocol to help the 43 heartbroken Jamaican ship workers who were denied landing when they docked south of Port Royal, Kingston two weeks ago.

Holness addressed the issue on Wednesday as the Opposition raised questions in a late-night session of the House of Representatives.

According to the Prime Minister, it was “unfortunate” that the Marella Discovery 2 left Jamaican waters on the afternoon of April 3, before the requisite process could have been completed to facilitate the landing of the ship workers.

In a joint statement earlier this week, the foreign affairs and national security ministries said, however, their landing could not have been guaranteed.

READ: Why the Gov’t did not grant cruise ship workers landing

In the meantime, on Wednesday night, Holness said the Ministry of National Security is now advanced in working on a plan to take back the 43 people and about 900 other Jamaican ship workers.

“We are working on a plan,” said the Prime Minister, revealing that National Security Minister Dr Horace Chang is leading the cabinet sub-group finalising the plan for the controlled re-entry of Jamaicans.

Last week Holness had declined to address the issue of the ship workers.

However on Tuesday he told a digital press conference that the minute he learned of the matter, he was clear that the Jamaicans should be granted landed. READ: PM says he learned about ship workers after they left

On April 3, the vessel left Jamaica enroute to the Dominican Republic, where its nationals disembarked.

It then headed to Portugal, but word came on Sunday that the ship was also denied landing in Lisbon.

The ship had since diverted to the United Kingdom, which has so far seen more than 10,000 coronavirus deaths.