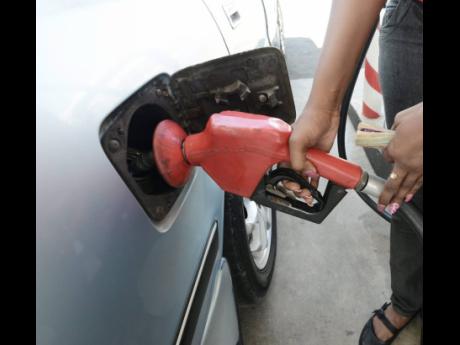 Jamaicans can now buy gas at the cheapest prices in three years and the fall in prices are expected to continue into summer.

The Ministry of Energy, at the same time, will also embark on a mission to make the pricing mechanism more transparent for those outside of the state-run oil refinery, Petrojam.

“There will be a delay, but the prices will continue to go down,” stated Gregory Chung, president of the Jamaica Gasolene Retailers Association (JGRA), said in a Sunday Gleaner interview on Friday.

Brent crude prices fell by some two-thirds from US$60 per barrel on February 27 to close at US$24.62 on Friday. Petrojam uses brent as a raw material for its refining process, but it takes a few months for current trading prices to factor into its output.

Already as at April 23, gasolene wholesaled at $116.67 for 87 octane and $119.51 for 90 octane, or the lowest since 2017, according to ex-refinery pricing tables by Petrojam. The fall on the world market since March and its pass-through on the local market could translate to gas wholesaling below $100 a litre. That would equate to the lowest prices since May 2016.

“The prices will go down in the short to medium term because the raw materials are less,” added Chung, who sells gasolene under the Texaco brand.

Petrojam refines oil into gas and related products, which is then sold to dealers and service stations, who add their respective margins.

Additionally, MSET will require minutes at the meetings. Third, the energy minister, Fayval Williams, will engage the International Monetary Fund for its recommendations on changes to the petroleum pricing mechanism. Additionally, MSET will require Petrojam to begin disaggregating its financials regarding the refinery and its terminal operations. A number of these recommendations came out of review and audit of Petrojam following a series of scandals at the entity.

On Friday, Chung welcomed increased transparency to the pricing committee at Petrojam, but added that taxes still remain a large impediment for consumers to fully benefit from global declines in oil prices.

“The JGRA is all for a more transparent model because a lot of the time, it seems that the retailers are causing the issues, but rather, the taxes on gas are significant at nearly $50 a litre. So that is a big percentage charge on the price of gas,” he said.

One concern of the pricing mechanism at Petrojam is that while it enables a smoothing out of price hikes on the world market, on the downside, Jamaicans can lose out on quick price fluctuations.

Chung said that the JGRA looks forward to lower prices at the pumps, as it would give consumers a break during the COVID-19-triggered economic fallout.

As for the service station owners, Chung revealed that volumes are down. He said that one gas station had already shuttered its operation, with others likely to follow.

“We are hurting big time as volumes are generally down 50 per cent. Some, however, are down as much as 75 per cent. This business is about volume, so many of the dealers are running at a loss. The association is trying to make adjustments, where possible, to allow members to try to break even.”

The JGRA said that until Jamaicans begin to adhere to physical-distancing guidelines and other measures to stem the spread of the novel coronavirus locally, the fallout will continue as the Government would then be unlikely to ease up on the restrictions and curfews.

Jamaica imported nearly 24 million barrels of oil in 2019, valued at US$1.62 billion, which represented a slight decline from the $1.66 billion in 2018, according to data from the MSET.

Oil came to global attention last Monday, when the oil futures market went below $0 towards negative-US$34 for the first time since the index was set up in the 1980s. On Friday, however, oil futures closed higher at US$17.62. Oil futures allows persons to secure contracts in real time with the option of trading before the termination of the contract or allowing actual delivery of the commodity.

The futures drop last Monday, while a snapshot in time, was more than US$110 cheaper than the price at which Petrojam planned its 2020-21 budget. Specifically, Petrojam projected the sale price of petroleum to average US$80.45 per barrel for this fiscal year, which compared with US$75.08 per barrel in the 2019-20 fiscal year, according to the Jamaica Public Bodies document published by the Ministry of Finance.

Finance Minister Dr Nigel Clarke told The Sunday Gleaner on Friday that the ministry was still evaluating options for hedging, but declined to give specifics. He said he would update the nation at a later date.