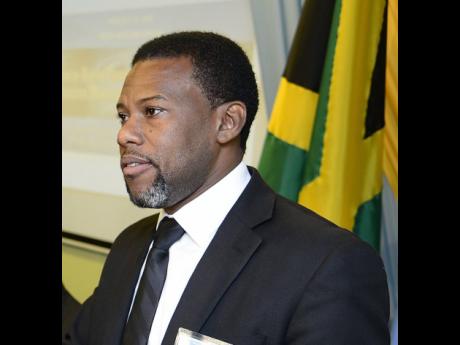 He will demit office on Thursday, and is expected to take up his post, operating out of the United Nations Development Programme in Geneva, Switzerland, on May 1.

Jackson told The Sunday Gleaner that he has a “bittersweet” feeling about the move, but he’s looking forward to the global adventure.

“I love my region and I am always doing my best to try to advance the Caribbean cause,” he shared. “But this is an opportunity for the Caribbean to be represented in the global community of actors. Because I don’t think we have enough of our people working in those areas.”

Speaking about his seven-year leadership of the regional disaster response institution, Jackson noted improvements in CDEMA’s capacity to respond to the problem its member countries face, as well as the new partnerships established.

“We have increased the amount of resources from donor finance programmes significantly. I think we’ve managed to get maybe between 50 and 70 per cent increase in contributions across the donor community,” he said.

“I feel confident that I’ve left it (CDEMA) in good stead.”

Jackson headed Jamaica’s Office of Disaster Preparedness and Emergency Management before heading to the Barbados-based CDEMA in 2013.

The DRT works across a wide range of areas and seeks to foster risk reduction as a key element of sustainable development in countries and institutions.