Ship workers to return May 6 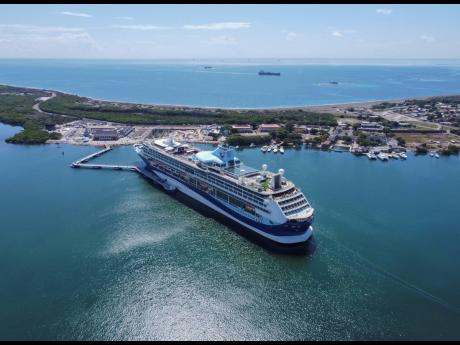 File
The Marella Discovery 2 cruise ship docked at Port Royal, Jamaica, on February 24, 2020. Dozens of Jamaican workers have been stranded aboard the vessel since Jamaica barred incoming passenger traffic.

There is new-found elation for the 43 Jamaican ship workers aboard the Marella Discovery 2.

In a matter of days, they will be coming home.

According to one of the workers, the group has been advised that they will be leaving London on May 6.

It is welcome news for the elderly parents of one of the ship workers.

Last night, the retiree mom said she and her husband were overjoyed and already have an idea of the meal they will prepare for their daughter’s welcome home.

However, with restrictions on gatherings, a desired party has to be put on hold.

The mother said that she understands the Government’s requirement for the ship workers to go into 14-day quarantine when they return to Jamaica.

But that has not cut the joy of her husband, who was glued to the radio every day, awaiting an update on his daughter’s return.

The issue had been receiving immense public attention since it was reported that the Jamaican ship workers were anchored south of Port Royal in Kingston on April 2 but left a day later after being denied landing.

The captain of the ship left for the Dominican Republic after receiving no word from the Jamaican Government as to whether the 43 Jamaicans would be granted landing exemption amid the restrictions on incoming passengers as part of the coronavirus containment measures.

The foreign affairs and national security ministries said the captain could not have been guaranteed landing.

After disembarking Dominicans in their homeland, the ship went to Portugal, where the workers were refused landing, forcing them to seek docking in England, where they have been for the past few weeks.

Ahead of their repatriation, the Jamaicans will be going into isolation today on board another ship in London.

The ship workers may be charged a daily rate of US$20 during their quarantine in Jamaica.