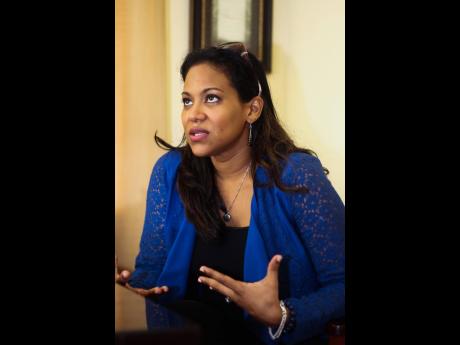 The Senate on Friday paid tribute to distinguished consultant psychiatrist, Frederick Hickling, for his tremendous contribution to persons with intellectual disabilities.

Senator Dr Saphire Longmore remembered Professor Hickling for his dedication to the “lowliest of society, the mentally ill and mentally affected” and his ongoing challenge to others “to champion the cause of persons who usually have no voice”.

“It is his work that has seen the elevation and care of the mentally ill from persons being locked in asylum, in very inhumane conditions, to people generally recognising that someone who is mentally affected can lead a normal, everyday life and is entitled to the basic human rights as everyone else is,” she reminded the Upper House.

Opposition Senator Lambert Brown noted that Hickling was instrumental in changing the view of how society saw people with mental challenges.

“He made it clear, as a champion of the mentally ill, that they deserved better treatment from society and for that we owe Freddie Hickling a tremendous debt of gratitude,” Brown insisted.

He recalled the psychiatrist’s pivotal role in establishing the community mental health programme in the 1970s, describing Hickling as a fiercely independent and progressive character.

Brown recounted an occasion in 1980 when a number of delegations were flying to Grenada to celebrate the Grenadian Revolution of Maurice Bishop and someone asked Dr Hickling who he was representing.

His response was swift and unexpected, Brown remembers. “He boldly said, ‘I’m representing the mad people of the world’.”

Dr Floyd Morris saw Hickling as an unrepentant advocate for the rights of persons with mental illness, who was unceasing in campaigning for their worth to be recognised.

“Professor Hickling recognised that if you have a mental impairment it only becomes a disabling condition when society restricts and limits your participation,” he said.

President of the Senate, Tom Tavares-Finson, directed the clerk to write to Hickling’s family, expressing the condolences of the House and that this correspondence should be accompanied by a copy of the Hansard in order that the family could read the glowing tributes paid to him.