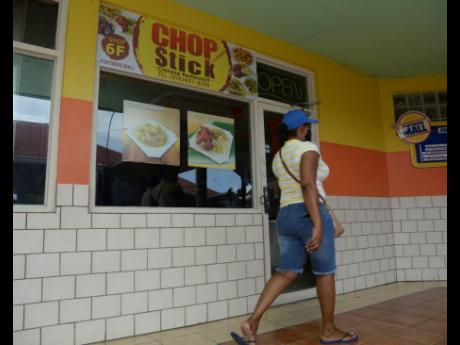 At least 10 stores inside the Portmore Mall have fallen casualty to the economic chokehold brought on by the COVID-19 pandemic, with several others struggling to stay afloat as St Catherine businesses grapple with revenue losses.

And with a 14-day lockdown in imposed on Dover, Enfield and Annotto Bay in St Mary – a smaller, more vulnerable parish – there are fears of even harsher economic realities could be witnessed in the northern parish.

Fast-food and clothing stores seem the hardest hit in St Catherine, which has recorded the bulk of Jamaica’s COVID-19 cases following an outbreak at the Alorica call centre in Portmore.

Some business owners say they are still feeling the effects of the two-week St Catherine lockdown as there has been no boom in sales since the measure expired on Friday, May 1. They have mixed views about the effectiveness of the lockdown.

“In the period leading up to the lockdown and during the curfew, at least 10 stores would have closed,” divulged Norman Walker, board chairman of the Portmore Mall and president of the Sunshine City Chamber of Commerce.

“Several others may also close at any time … ,” he added. “With a number of stores closing and others threatening … we are not sure what is going to happen because of the present economic climate. Our operation is greatly strained.”

Walker said it costs about $4 million to maintain the Portmore Mall monthly. This includes the provision of security, utilities and sanitation inside the premises, which has been falling into disrepair over the years. Failing businesses, he said, means more disarray.

Joeflection was among nine clothing stores that shuttered their doors in recent weeks. The others were Solid Appliance and an Asian restaurant – Chop Stick. It was not clear whether all were permanent closures or whether some operators had closed their doors until the business climate became more favourable.

Last Thursday, a female operator of Joeflection sat outside its doors despondent as she looked on at the dwindled numbers of shoppers passing by.

“Today is the first I am coming out here since March 13,” she offered. “From news of the whole COVID thing, nobody is coming out to buy anything. Everybody is afraid. Then the lockdown made it worse.

“I just come here to clean up the place and said, ‘Let me see what is happening’. But from morning, I don’t sell anything.”

The cries were similar from operators at three other Portmore plazas, with bar operators, barbers and appliance stores vacillating between layoffs and service cuts as viability strategies.

Both mayors, Leon Thomas and Norman Scott of the Portmore and Spanish Town municipalities, respectively, said businesses are operating on “life support”, and that the lockdown pushed some small businesses faster towards bankruptcy. Scott said he, too, may have to think about cutting staff at his businessplace.

Last Thursday, Finance Minister Nigel Clarke explained that it would be difficult at this time to assess the economic impact of the COVID-19 restrictions in Portmore and Bull Bay, St Andrew, where the Government had also imposed a two-week quarantine in March.

Based on tax revenues last month, which have also been impacted by the suspension of some services at collectorates, St Catherine is lagging way behind.

“As expected, tax revenues for April 2020 were lower than in April 2019. However, the tax-revenue decline experienced by St Catherine tax collectorates in Spanish Town, Portmore, Linstead, and Old Harbour was significantly lower than the national average,” Clarke offered.

“Had St Catherine tax collectorates only experienced the national decline in tax revenue, they would have collected $400m more than they actually did,” he noted, explaining that St Catherine accounts for 502,558 applications across all grant types to Government’s COVID-19 Allocation of Resources for Employees (CARE) programme.

The Corporate Area, which has the second-highest concentration of COVID-19 cases, accounts for 109,168 applications since April 30, said Clarke.

A day after the imposition of a curfew in St Mary, Port Maria Mayor Richard Creary on Friday said that businesses had already started to feel a twist in the COVID-19 pinch. Already, the hotel sector has taken a battering, he explained.

The Ministry of Health and Wellness opted to shut down the St Mary communities after 13 people tested positive for COVID-19 there. Barring an extension, the curfew is to end at 6 a.m. on May 21.

“Already, we would have seen persons with farm produce coming into the market [Thursday] and they still have not been able to sell. Some of the wholesales and corner shops were allowed to open, but there might be changes going forward,” Mayor Creary said.

“You have farmers and small manufacturers who will definitely be affected, and some persons will be prevented from leaving the space to go and make a living.

“Annotto Bay being the type of community that it is, you have persons who go on the street and make a living day by day. Whatever the hustle is, that is how they end up putting dinner on the table in the evening,” he said, admitting, however, that the containment measures were necessary to stem the disease.