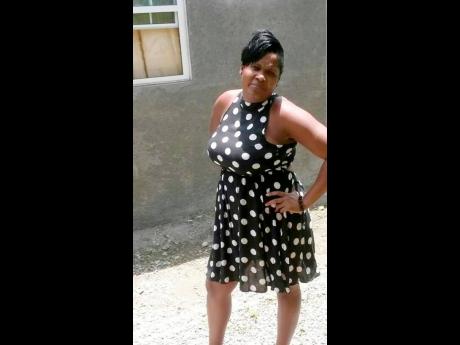 TAHIRAH STEELE’s last memory of her mother, 43-year-old Coleen Myers, alive was of the distressed woman rushing towards her drowning frame and clinging to her hand in a bid to repel the deathly clutch of the Rio Grande in Portland.

Then she blacked out.

When Steele came to, she raised her head to see people attempting to “pump water” from her mother’s chest.

“I was just there bawling until I could move. I asked someone to help me go over to her. But she never opened her eyes,” the distraught daughter recounted to The Gleaner yesterday.

Steele, Myers, and a few others had journeyed from their community in Springfield, St Thomas, to the beautiful shores of Portland to enjoy a day out. That ominous decision was in breach of the Disaster Risk Management Act, which prohibits gatherings at, and swimming in, beaches and rivers.

“We had left out to go to Nanny Falls, but we heard that it was closed when we were on our way, so I suggested we go there instead,” Steele said.

The 21-year-old, the only child for her mother, said that Myers was her “best friend”.

“I’m unable to talk about everything and share my best memories right now because of the emotions, but we were very close. We went everywhere together,” said Steele.

Recalling the moment a peaceful Sunday afternoon turned fatal, Steele said she was waist deep in the water when the current started to pull her away.

Steele said that she suddenly began “spinning around and around” in a whirlpool until she went under, gasping for life.

When she re-emerged, she saw her mother running to her aid after others had got into trouble.

“I came up, I cried out for help, and I saw my mother sending someone to come get me because she can’t swim either. But the person couldn’t manage, as he was going under the water, too.

Steele said she held her mother’s hand and feet on their way to the hospital, hoping that she would survive. But she later got the crushing blow: her mother, her heartbeat, was dead.

Speaking with The Gleaner from their home in St Thomas, Steele’s uncle, Kanhi Kelly, remembered the caring nature of his older sister.

“We were very close. ... We live together for over 30 years and every day she leave out or me leave, she message and call mi every minute to check up on me,” Kelly said.

“It is an unfortunate incident which could have been avoided if only people would adhere to the rules and regulations ... ,” Wellington told The Gleaner.

“This is a clear indication that prevention is better than cure.”