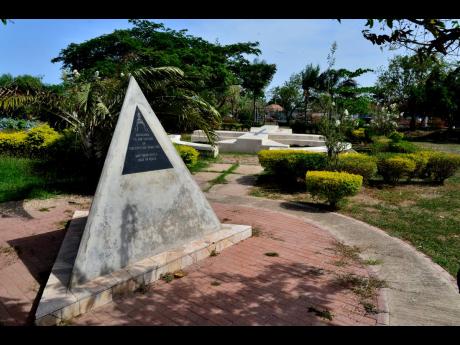 THE HAUNTING tragedy of the Eventide Home fire 40 years ago today, which claimed the lives of at least 153 destitute and elderly women, still symbolises weaknesses in Jamaica’s care of citizens who can no longer do it for themselves, advocates have said.

“Yes, let us say, ‘Never again’ in terms of the act itself, but are we still warehousing older people? Yes,” argued Dr Peta-Anne Baker, a social-development specialist.

To some, full accountability for the ghastly events remains outstanding, even though a coroner’s jury, after 17 minutes of deliberations on May 5, 1981, declared that no was criminally responsible for the deaths.

Official reports, The Gleaner reported then, suggested that arson was involved. And England’s deputy director of the Home Office’s Central Research Establishment, Kenneth Jones, in a report to the inquest, said it would be impossible to rule out the likelihood that the initial ignition could have been a deliberate act.

Of note, the then top British diplomat here, John Drinkall, was reprimanded by Justice Minister Carl Rattray for disclosing details of Jones’ report.

Baker, a former lecturer in sociology and social work at The University of the West Indies, sees accountability in a broader sense, which includes implementing measures and pursuing approaches to enhance elder care.

On that score, Jamaica has mixed results, she argued.

“The conditions of the warehouse may [now] be a little more pleasant. Are we still, by and large, seeing older people, especially older people who have limited resources, as less than? Yes,” she told The Gleaner.

Numerous media reports leading up to 1980 pointed to poor conditions at the 110-year-old Eventide, which, up to that year, was housing more than 700 residents, with more than 200 on the wooden Myers Ward where the fire was deadliest.

“We still have a very long way to go,” Baker said. “We wouldn’t even change the name ‘infirmary’. We have the grand Golden Age Home, and then every parish has an infirmary!”

A big part of the problem is the under-recognition of ageing, which the scholar said should underline the approach to elder care. “We need a change in the mind of the public. The State should be really setting an example,” Baker said.

The elderly are those 60 years and over, and for Jamaica, that cohort numbers more than 323,500 persons, according to the 2011 population census – about 12 per cent of the total population. It’s also one of the fastest-growing demographics.

No surprise then why a 2012 report prepared by a team led by expert on ageing, Professor Denise Eldemire-Shearer, called for “mainstreaming ageing into all national policies and programmes”. The interventions, the researchers said, would “promote functional independence and improved quality of the increased years of life”.

In 2018, the Government tabled in Parliament a proposed senior citizen policy, 20 years after the first policy was put forward. The discussion paper said there were 1,031 people residing in 13 residential institutions across the country, a number likely higher now. It also spoke to operationalising the principles of the Madrid International Plan of Action on Ageing.

Alexis Goffe, a human-rights advocate, is demanding greater urgency in implementing measures to improve the condition of vulnerable populations. The Eventide tragedy was a basic example of what can happen when standards are ignored, recommendations for improvements cast aside, and humanity forgotten, he argued.

“I can just see a pattern. There’s this issue that takes place; it gets some attention, depending on the group that is affected; there is uproar and rage, but there isn’t as much support for the less sexy work that takes place after – the reporting, meetings, constant writing to pressure the folks that have control over the system,” said Goffe, who has researched the events leading up to the fire, and the years since.

Almost 30 years after the Eventide disaster, in May 2009, a fire at the Armadale Juvenile Correctional Centre killed five girls. Two others succumbed to their injuries.

A few years later, The Gleaner reported on the inhumane treatment of residents at the Golden Age Home, a state facility for the indigent elderly that was opened five years after Eventide.

Jamaicans must remember the tragedies and “inherit the calling and impatience to demand better for the most vulnerable,” Goffe appealed.