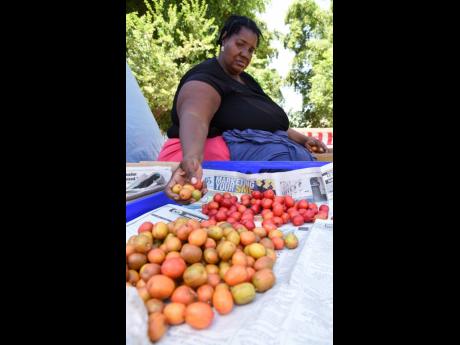 The bloody firefights of May 24-26, 2010, triggered the collapse of the Coke dynasty that held Tivoli Gardens in its grip for more than two decades. But Nadine Sharpe’s enduring memories are of extrajudicial overreach and wartime bloodlust.

That account of victimhood is shared by many west Kingston residents, some of whom testified before the 2015-16 commission of enquiry that probed allegations of excesses by the police and army.

The security forces have offered a contrary narrative of the Tivoli don Christopher ‘Dudus’ Coke and scores of rebel fighters threatening the pillars of law and order, sparking the declaration of a state of emergency on May 23.

But that’s not how Sharpe remembers it at all, and the passage of 10 years hasn’t dulled her recollection, she said.

Sharpe did not lose a relative, as other residents did, but claims to have witnessed police brutality during the three-day operation, with her own son, she said, a victim.

“Dem tek my pickney dem outta my house and put dem in a different building. And dem a beat mi son, and all mi a bawl and a say, ‘Nuh kill him!’, police look pon mi and seh, ‘How yuh mean, nuh kill him?’. Mi jus see him fire shot off a me ... ,” said Sharpe.

Sharpe claims that her elder son was inside the house with her all along.

Her younger son, who was three years old at the time, still has memories of sights and sounds during the operation.

Sharpe also gave a terrifying account of a man who was allegedly chased and killed.

“Man deh outside, and helicopter start fire after him and him run in a one woman house ..., and dem go in deh go kill him pon di bed. When dem a tek him out, a suh him hand grip the sheet,” she told The Gleaner.

She said she saw other alleged murders.

“Two likkle yute dem tek out a di jeep and bring dem ya suh and jus ‘Bam! Bam!’ inna dem head. One shot in a two of dem head. You stay thru yuh window and see dat. Mi witness it,” she said as tears ran down her face.

The David Simmons-chaired commission of enquiry found that there was strong evidence to suggest that members of the security forces engaged in extrajudicial killings in the west Kingston operation, but no one has been criminally charged for the bloody blitz. Seventy-three people, including one soldier, were reportedly killed in the operation, but that number was revised downwards by the Simmons enquiry to 69.

Residents of Tivoli have long insisted that the death toll surpassed 100.

The bloody clashes climaxed when Coke loyalists barricaded Tivoli to block his arrest on an extradition warrant. The warrant was issued by the Jamaican Government after a nine-month diplomatic stand-off with the Obama administration over a request for Coke’s extradition.

After a frantic monthlong islandwide search, Coke was nabbed in the company of a pastor and extradited to New York, where he was convicted on gunrunning and drug-trafficking charges.

Sharpe had the chance to evacuate Tivoli before the offensive by the military and police but said that she was told that she would have to abandon her sons.

The plum vendor said the memories of bodies on the streets still haunt her.

“God knows mi wouldn’t want another incursion nowhere at all,” she said.