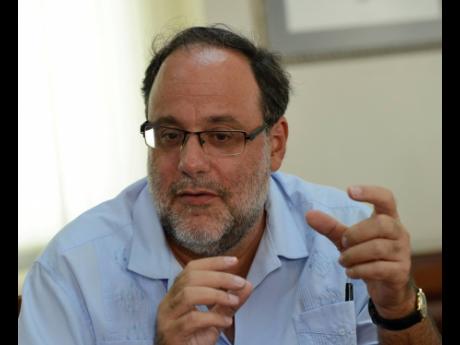 FOLLOWING ADMISSION from the Caribbean Maritime University (CMU) that glaring procurement and other breaches were committed at the institution, members of the Public Accounts Committee (PAC) want to know what action, if any, will be taken by state bodies against “wrongdoers”

Chairman of the PAC, Mark Golding, yesterday highlighted one instance in which nearly US$1 million of taxpayers’ money was wasted on a proposed $701-million, three-storey student block at the CMU’s main campus in east Kingston that has failed to materialise two years after its proposed start-up.

He argued that if it was established that offences were committed, the Financial Investigations Division or Integrity Commission should conduct an investigation.

The PAC chairman recounted that a number of people who had been implicated in the Petrojam scandal left the state-owned oil company unscathed.

“We are still waiting for something to happen, to hold people to account,” he said.

In relation to the CMU probe, which uncovered a litany of breaches, Golding said: “I don’t think the auditor general can be asked to do more than her duty, which she has done by producing this report.”

Corruption-related charges have been laid against president of the CMU, Fritz Pinnock; former education minister Ruel Reid; his wife, Sharen, and daughter Sharelle; as well as Brown’s Town division Councillor Kim Brown Lawrence following a yearlong probe into the education ministry and the maritime school.

Auditor General Pamela Monroe Ellis, in responding to queries from committee members regarding her special report on the CMU, said that many of the questionable payments did not fall in line with government procedures.

She said that her report pointed to red flags that require further investigation.

However, she shone the light on the parent ministry, arguing that under the Financial Administration and Audit (FAA) Act, it was the permanent secretary who should “cause an investigation to be done in a thorough sense, to take action”.

She said that beyond her report, she had no further power to recommend any action.

Golding and committee member Lisa Hanna highlighted the US$989,485 that the CMU paid to Business Supply Source (BSS), named Logistics Company 1 in the report, for acquiring sandwich panels for the construction of the student block.

Logistics Company 1 was incorporated in February 2018, the same month that CMU invited bids to procure sandwich panels for the project.

The auditor general had indicated in her report that the CMU set a March 6, 2018 deadline for bids to be submitted. However, BSS, or Logistics Company 1, did not submit a bid until March 13, a week after the deadline and just over a month after it began operations. Nonetheless, the BSS emerged as the successful bidder.

According to Golding this arrangement stood out, not only because of the cost of the transaction, but the fact that it incurred demurrage charges totalling $33 million to acquire sandwich panels. “They were imported and on the wharf and not cleared.”

He castigated the CMU for wasting taxpayers’ money, adding that the project was still at foundation stage after approximately two years.

Acting permanent secretary Dr Grace McLean told committee members that a thorough investigation had been done by the ministry. She said that the ministry “made recommendations to the CMU Council as to what needed further investigation because these are internal operations”.

But Hanna said that she was “perturbed” by the answer from the permanent secretary.