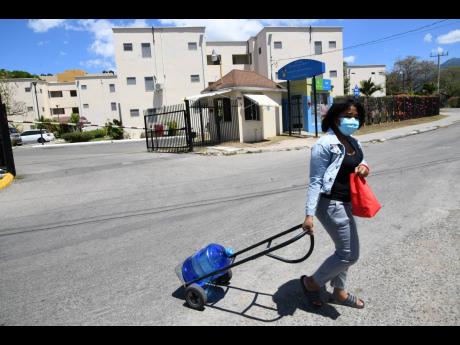 The Guild of Students at The University of the West Indies, Mona, is threatening a boycott of 138 Student Living Limited following an alleged decision by the real estate company to charge students stuck abroad storage fees that amount to 50 per cent of rental rates.

"At a time where persons have suffered pay cuts, job loss, and economies globally have been deteriorating, this company seeks to prey on the pockets of parents and students," the guild stated in an open letter to the company.

An online petition started on Monday by members of the guild managed to secure 682 of the required 1,000 signatures up to 3 o?clock Wednesday. The student leaders contend that regional and international students who are currently abroad because of COVID-19 restrictions should not be requested to pay fees.

The petition was launched on change.org.

"These students are not utilising any resource, and their items remaining in the rooms poses no inconvenience as 138 SL [Student Living] cannot readily rent out these rooms due to current government stipulations," a section of the petition reads.

138 Student Living provides accommodation to students at The UWI through a public-private partnership with the university. The company manages 1,464 rooms at The UWI and charges students based on single or double occupancy. Fees range from as low as $25,000 per month to more than $50,000 monthly.

President of the guild, Christina Williams, said they have been in negotiations with 138 Student Living for the last three months to reconsider their policy to charge international and regional students. The discussion saw the company reducing the requested fee from 100 per cent to 60 per cent then to 50 per cent.

"Our concern is that the university has released a policy which clearly states there will be no charges to any student stuck abroad due to border closures due to COVID-19. That is a concession that the entire university has put in place on the request of the guild," said Williams, who is pressing for 138 Student Living to adopt this policy for between two and three months.

She has also taken issue with the real estate company?s intention to raise rental fees for the next academic year.

Chief executive officer of 138 Student Living, Cranston Ewan, stated in emailed responses to The Gleaner that students were not being asked to pay 50 per cent of rental fees.

"Students who are away from the halls have been given various options to store their belongings for a fee while they are away. Some students have chosen the option of their belongings remaining in their room undisturbed, for which the applicable storage fee will apply," he said.

He said that The UWI is currently reviewing a proposal for rate adjustment for the next academic year.

Chairman of Irvin Hall, Kijana Johnson, said the students are incensed about the request to pay a fee despite being abroad.

"We don't believe that they should be paying, and they are not here using up the resources. They really don't have a choice. They are stuck," Johnson said.

"The students do not support it, and that would be obvious given the number of signatures the petition has received," he said.