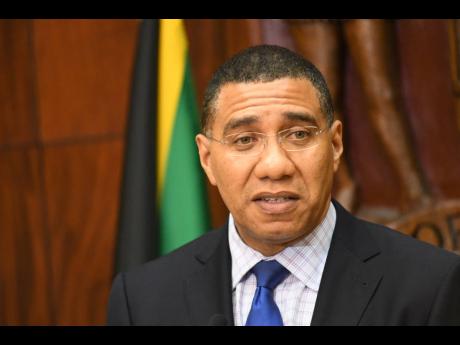 As the Caribbean prepares to reopen borders and rescue battered economies, technocrats from CARICOM member states have been working behind the scenes to craft new protocols for tourists in the COVID-19 era.

“These protocols probably won’t be much different to what other countries will have, but as a group, I think there is a general understanding of what the future of travel will look like,” Holness said.

The prime minister acknowledged that several countries in the regional bloc have already indicated resumption dates for incoming travellers and stressed that Jamaica was “working assiduously to put in place protocols to have this done as quickly as possible”.

The tourism-dependent Caribbean is expected to struggle to recapture the heady heights of the estimated 25.7 million tourists who travelled to the region in 2018.

Though robust, that represents a fall-off from the 36.6 million the previous year. Jamaica welcomes more than four million tourists annually.

Barbados, Belize, and The Bahamas are among the most tourism-exposed countries in the world.

S&P Global Ratings has forecast a decline of 60-70 per cent from April to December compared to last year.

In the wake of COVID-19, the ratings agency downgraded The Bahamas and Belize this month further to junk statu, while lowering the credit outlooks in Aruba, Barbados, the Dominican Republic, and Jamaica to negative.

Holness said that reopening Jamaica’s borders to tourists was anchored on how fast the country’s task force can forge protocols to facilitate the new modes of travel in the COVID era.

“We have been hard-hit by this pandemic, more so from the economic fallout than the health situation, but we are doing a delicate balancing act between lives and livelihood, and I believe all Caribbean governments, particularly those of CARICOM, have done exceptionally well in striking that balance,” reasoned Holness.

He added: “I think we are generally now at the point where we have to figure out how we reopen our economies to tourism and travel, generally.”

In the meantime, Guterres said that while developed countries were able to engage in targeted welfare for vulnerable populations, enough was not being done to call for more dialogue with developing states.

The prime minister said UN working groups would consider six areas for urgent action and are tasked to deliver the first report at the next ministerial meeting in July.

Areas to be considered:

These groups will comprised member states supported by the UN Development System and in partnership with relevant international organisations, financial institutions, think thanks, thought leaders, and civil society actors.