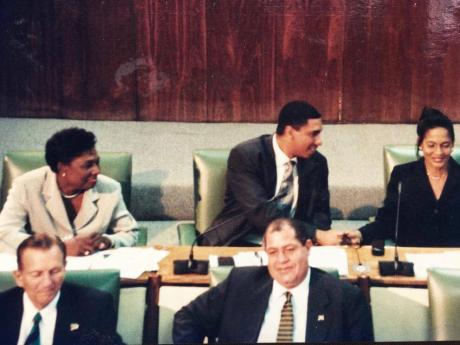 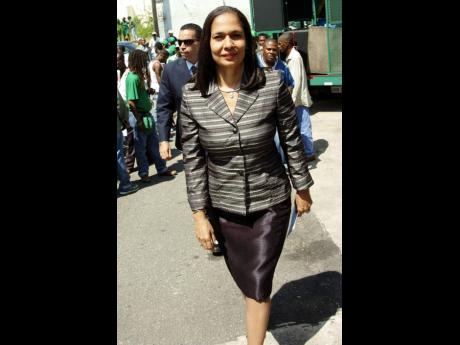 A YEAR shy of her 20th anniversary as a member of parliament, Shahine Robinson, 66, has died having lost her battle with lung cancer.

She is the second minister in successive governments to die while in office following Roger Clarke in 2014.

Until her sudden illness in October, last year, Shahine Robinson was well-known in Jamaican politics and had been affectionately considered the darling of the Jamaica Labour Party (JLP).

Robinson was, in fact, one of the most recognisable women in the governing JLP, who would from time to time unleash political fury on rival, the People’s National Party, despite her usually calm demeanour.

She made a dramatic entry on the political stage in 2001 having scored a major by-election win by defeating the PNP’s Carrol Jackson in a safe seat for the PNP. In the North East St Ann by-election, she also brushed aside the National Democratic Movement’s Barbara Clark.

Robinson then pulled off another exciting win at the national polls in 2002 for the North East St Ann seat which brought joy to the JLP.

Her uninterrupted tenure in the seat allowed her political breathing room to become one of the JLP’s most seasoned campaigners.

In 2010, Robinson ran into legal problems over her status as a dual citizen, having American citizenship while sitting in Jamaica’s Parliament.

Manley Bowen, her rival at the time, had initiated proceedings.

Robinson’s seat was declared vacant because she failed to file relevant documents within a specified time, arising from the election petition filed against her.

She later faced the electorate in 2010 in a by-election and was successful.

Following the victory, then prime minister Bruce Golding reappointed Robinson as a state minister in the Office of the Prime Minister.

Robinson has been described by her colleagues as “the only one” who could tell [Everald] Warmington to “behave” and he would obey.

The two sat beside each other in Parliament whether in Government or Opposition.

Warmington told The Gleaner yesterday that he had not visited Robinson since she took a turn for the worse.

“I didn’t want to. I want to remember Shahine the way I know her all my life. We speak regularly on the telephone and we keep in touch. I don’t want to see someone suffering or in any way that I am not accustomed,” the South West St Catherine member of parliament said.

Warmington said both he and Robinson clicked during the famous 2001 by-election.

“We looked at life through the same lens. She was a no-nonsense person; so am I. We both cared dearly for our people and represent them with genuineness … with her heart she doesn’t make a fool of them,” Warmington said.

“I miss her,” Warmington said.

“Today (yesterday) my soul hurts deeply. The passing of my sister and dear friend, Shahine Robinson, was not unexpected but still it hits like tornado.”

Yesterday, the Senate paid tribute to Robinson in the form of a minute’s silence as tears flowed in the chamber when news broke of her death.

A teary-eyed Senate leader Kamina Johnson Smith noted on behalf of the Senate “our sadness, the blessing that it was to know her, is the highest honour”.

Leader of Opposition Business, Donna Scott Mottley, said “I found her just to be a real person. Not like a partisan person, but just a real person. She is loved across both parties. When you can be on a different side and everybody feels a sense of loss that is a testament and testimony of who you are”.

Prime Minister Andrew Holness called Robinson a patriot and a servant of the people.

“An earnest and passionate member of the Jamaica Labour Party, Shahine never wavered in her love for her party. She fought courageously against her illness; her passing has left us with a sense of deep sorrow, and we shall miss her dearly,” the prime minister said.

Days before her passing, Holness and senior members of the JLP visited Robinson at home.

Former Prime Minister PJ Patterson also paid tribute to Robinson, mentioning that in 2019, after his accident, Robinson had wished him full recovery while he was being discharged from hospital.

“The nation mourns a committed, effective and personable professional who will long be remembered for her robust pursuit of the improvement in the quality of life for all Jamaicans,” said Patterson.

Robinson, who hails from Claremont, St Ann, is a past student of the Immaculate Conception High School and the Miami Dade College, where she majored in Marketing and Public Relations.