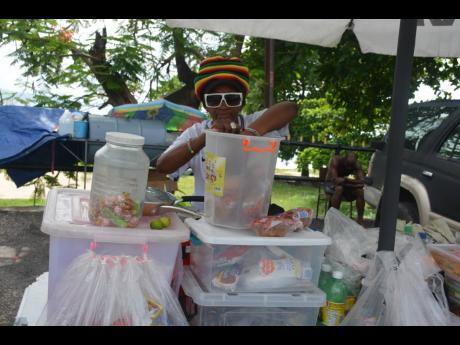 There are jitters among workers in the tourism sector that a premature reopening of the industry which has been in hibernation since the coronavirus pandemic reached local shores could be catastrophic, but they admit that they don’t know how they would survive another month without an income.

Their concerns stem from the call by the Jamaica Hotel and Tourist Association for a clear indication by Government of a reopening timeline of the country’s borders and the resumption of the industry by latest June 30. Some of the association’s members have accommodation bookings as early as June 4.

“We have to approach the reopening cautiously owing to what is happening in the USA, Canada and the UK. When I watch television, I don’t see that everybody is taking precautions,” Joan Harvey*, a massage therapist who has been working in the sector for more than 15 years, told The Sunday Gleaner.

Harvey said that while she will be wearing a mask, she would like to know that her clients would be doing the same.

As she spoke, the apprehension was heavy in her voice, but she admitted that she could not allow her fears to get the better of her.

Harvey’s friend, Blossom Johnson*, is just as concerned. Having spent the last 10 years in the industry, the bartender said her tourism earnings have helped her to build a home and provide her children with an education. She said past guests have been calling her to find out when they will be able to visit the island again.

“But how am I going to be protected? Dem deh people deh love hug. How am I going to push them off?” she asked, adding that her boss told her they would be going through special training for the reopening.

Marlon Harris*, who works in reservation at a hotel, said that the pandemic has punched a hole in his pocket and he is yearning for an end to the uncertainties surrounding how long the virus will be around.

Gloria Shaw* has several relatives working in the sector, and the thought of a reopening now is making her nervous.

“I am in it, mi mother, mi babyfather drives a bus and things hard right now, so mi woulda love the tourism reopen soon, but I am a little nervous because COVID deadly,” she said.

Unlike the four people who work directly in the industry, Diane, a jerk chicken vendor who operates along the Second City’s famed Hip Strip, is not as worried – “The Lord will keep me safe” – although admitting that she has seen a 95 per cent dip in business.

“It has been devastating ... . It is goodwill that is keeping what I now do alive,” she told The Sunday Gleaner.

Diversification is the order of her day, and this has helped her to pay the $22,000 per month electricity bill and water at $15,000, while feeding the children in her home. She is currently selling fruits, dry goods and offers a few breakfast options.

She is anxious to see to see tourists back on the strip and is not fearful of the disease.