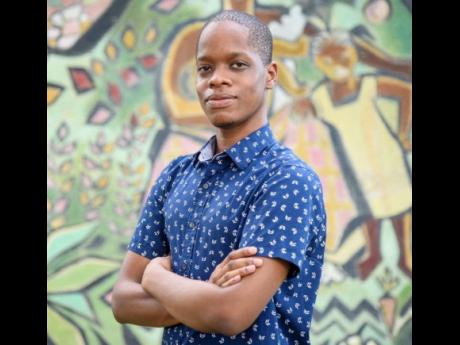 File
David Rose, a young investor, is concerned that the the holding of "virtual AGMs" could shut out minority shareholders.

With some listed companies being stopped in their tracks by the Jamaica Stock Exchange (JSE) as they sought to hold virtual annual general meetings, Prime Minister Andrew Holness yesterday announced an exemption for companies to hold these forums physically.

Generally, there is a cap of 10 on the number of persons allowed to gather in public spaces under the Disaster Risk Management Act.

But Holness said he has been getting many requests for him to ease the restriction, which was implemented to contain the spread of the coronavirus disease.

“We have to be very careful. We are examining that number, but it is important in limiting spread to control gatherings,” Holness said yesterday evening at the Jamaica House briefing.

“There will be exemptions for workplaces to facilitate an increased number of employees in the workplace and for companies holding their annual general meetings.”

Holness said that the Ministry of Industry, Commerce, Agriculture and Fisheries was currently reviewing the legislative framework to “address this situation expeditiously”.

The prime minister did not elaborate on the exemption he announced, or say whether he envisioned legislative reform to allow for online AGMs.

The JSE, on the weekend, said it was concerned about the holding of “invalid AGMs” of companies.

“Hybrid and/or totally electronic meetings are not permitted under Jamaican law. The fact that a company may have satisfied minimum quorum requirements does not make a meeting valid,” the JSE said in an advertisement published in The Sunday Gleaner.

“All shareholders must be invited as well,” the JSE stated as it revolted against the push for online AGMs

The stock exchange said it has previously warned that virtual AGMs were in violation of Jamaican laws.

David Rose, an investor and prominent voice in Finance Twitter Jamaica circles, told The Gleaner last night that the JSE’s move and the announcement by the prime minister were both welcome.

“It is protecting the rights of minority shareholders and protecting companies from breaking the law,” Rose said, reacting to the JSE statement of resistance.

“An AGM is required for the approval of certain resolutions such as the appointment of auditors and re-election of directors,” the young investor said.

“It also serves as the only medium for shareholders to communicate with the executive management and board of a company on a company’s future and prior performance.”

Food and financial services conglomerate GraceKennedy Limited held what it described as a closed-door ­AGM last Wednesday, which required a minimum of three shareholders to form a quorum.

The format saw five shareholders in attendance in the room, another 84 participating in the voting process by proxy, and about 200 logged on to the video stream.

“GK would not proceed otherwise. We are not having a virtual AGM because that is not permissible under Jamaican law. What we are having, in keeping with our articles and the Jamaican law, is a meeting in person,” said Moss-Solomon.