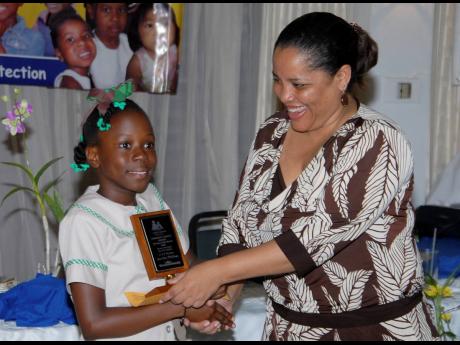 THERE HAS been an outpouring of praise and sympathy from local and international organisations in reaction to the passing of Alison McLean, former head of the Child Development Agency (CDA) and United Nations (UN) representative.

McLean, also a former permanent secretary in the Ministry of Entertainment, Gender Affairs and Sport, was the representative for the UN Women Multi-Country Office (MCO) for the Caribbean up to the time of her death.

She died Sunday night after ailing for some time.

McLean, née Anderson, served as representative of MCO Caribbean from May 2017 up to her death.

“Alison led the MCO Caribbean for three years and in that time we were able to learn from her expertise, shared in that distinctive and will-be-forever missed pitch of voice. We learned her love for all things Jamaican and Caribbean. Like the Caribbean, Alison was ‘likkle but tallawah’,” the UN message read.

Olivia Grange, minister of culture, gender, entertainment and sport, said that the ministry was plunged into mourning on learning of McLean’s passing.

“This really breaks my heart. Alison was the consummate professional in a career which spanned academics, administration, and regional service.

“I found her to be a rather pleasant person who had time for light-hearted moments and humour. I consider her death untimely as I am convinced she had much more to contribute to her country and the region. We are certainly grateful for a life that was distinguished by service to country and region,” Grange said.

The Child Protection and Family Services Agency (CPFSA), into which the CDA was subsumed, also said that it was deeply saddened by the passing of the founding CEO.

Praising McLean for her advocacy, current CEO Rosalee Gage-Grey saluted her as a consummate professional, a phenomenal woman, and child rights lobbyist.

Gage-Grey described McLean as a transformational leader who laughed heartily and cried with her team in good and bad times.

“She was a lover of children and very passionate for the downtrodden, vulnerable people of the society. She was 100 per cent authentic and will be missed,” the CPFSA quoted Gage-Grey as saying in a statement sent to The Gleaner.

McLean served as project manager for the modernisation of the Children’s Services Division in the Ministry of Health, from 2000-2002, prior to her appointment as CEO of the CDA from December 2002 to April 2010.

The CPFSA said that McLean’s tenure at the helm showcased a strategic, hands-on, rational leader and an excellent coach. McLean was credited with the creation and expansion of units at the CDA to effectively respond to the needs of children.

“She was a visionary who was relentless in the modernisation of the child-protection sector,” the CPFSA said.