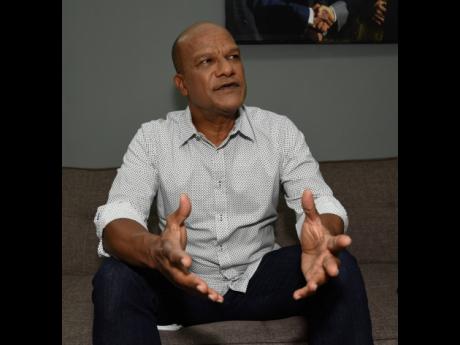 Central Manchester Member of Parliament (MP) Peter Bunting has suggested that individuals inside the People’s National Party (PNP) who consider themselves “palace guards” and not him should be blamed for the latest round of discord to rock the 81-year-old political organisation.

Bunting also dismissed suggestions that he orchestrated the infamous letter sent to embattled PNP President Dr Peter Phillips that threatened to reopen old wounds from his failed presidential bid last year, but insisted that the concerns expressed by the 14 other Opposition MPs who signed it are legitimate.

“I think it is the response, not just of Dr Phillips, but more so of those who might call themselves the palace guards that has blown the thing out of proportion,” he told The Sunday Gleaner last Thursday.

“I think there is absolutely nothing wrong … . It’s completely legitimate for 15 members of parliament, going through an extraordinary period in our history that will have an exceptional impact on the upcoming political campaign, to want to meet with their leader to discuss, not just the concerns that they have, but the [concerns of] party workers in the constituencies,” he added.

Further, the former minister of national security bristled at suggestion that his actions now, especially with a general election looming, were calculated to boost his chances of taking over the leadership of the PNP.

“This is not about me, personally. I mean, people ask me what do I want. I don’t want anything. I want all the MPs to be clear in their minds and have an opportunity to raise their concerns and get them addressed.”

Except for an ominous warning from Phillips last Monday, the PNP president and his backers have kept their cards close to their chest, even as they sought to present a united front.

The Sunday Gleaner requested an interview with Phillips last week and was told by a member of his communications team that the issues at the centre of the latest flare-up have been resolved, and that he would not answer any more questions about it.

“There is a group and we need to know where their head is. When we know, we will do what we have to do,” Phillips told our news team following a meeting of the party executive at The Mico University College in St Andrew last Monday.

On the brink of chaos

According to PNP insiders, the plan to fire off a letter to Phillips was orchestrated by an MP based in Clarendon. Repeated calls by The Sunday Gleaner to that MP’s cell phone went unanswered.

The missive reportedly left the PNP teetering on the brink of full-blown chaos after its contents were leaked to the public. In it, the MPs requested a meeting of the parliamentary group, which they said had not met since Phillips’ cancer diagnosis in March.

Things escalated, according to insiders, after reports surfaced that the 15 MPs who signed the letter, representing a majority of the 29 Opposition parliamentarians, were headed to King’s House to indicate to Governor General Sir Patrick Allen that they had lost confidence in Phillips.

Most of the signatories supported Bunting’s failed bid to oust Phillips from the leadership of the party.

“The overreaction betrays a sort of bunker mentality and a defensiveness that should not be warranted. Have the meeting … . Why panic about a request for a meeting?” Bunting, a former PNP general secretary, questioned.

PNP General Secretary Julian Robinson, speaking to reporters after last week’s executive meeting, confirmed that the parliamentary group will meet tomorrow. The time and location of the meeting have not been disclosed.

Robinson, however, acknowledged that the PNP still has some work to do to heal some of the lingering wounds from the presidential election.

“I think the critical issue is how you manage them, and I think that we are seeking to manage them in a way that preserves the unity,” he said. “We recognised that we have to be a united party to present to the electorate and we are committed to doing that.”

No plan to oust Phillips

Like Dr Dayton Campbell and Luther Buchanan, two other MPs who affixed their signatures to the letter, Bunting insisted that there was no plan to oust Phillips, either by approaching Sir Patrick or otherwise.

“That is speculation; that never came up,” he said in reference to the King’s House visit.

“What concerned everybody is that because 15 out of 29 is a majority, obviously, it brings that consciousness or that awareness to people’s mind, but that was never on the table. What I have heard, in terms of the speculation, I think people have run way ahead of themselves.”

The former minister of national security did not disclose who coordinated the plan to craft the letter, but recalled being invited to a meeting and said “that was the point I came in”.

“As I tell people, I wasn’t even the coordinator. I wasn’t the person who pulled people together and said, ‘Look, we need a meeting to have the discussions’.”

Amid speculation that a general election will be called by late August, Bunting said PNP workers were complaining to their elected representatives about a range of issues regarding the party’s preparedness for the polls.

“The work-from-home orders are being lifted. This is now signalling a transition from the lockdown into a more open, active period. You need to be clear on what’s the campaign strategy, what’s the message,” he said.

“There were no executive meetings in four months, so persons felt excluded from what’s going on. They don’t feel like they are in the loop, that they have sufficient forums to air the concerns coming at them,” he said, explaining the motivation for writing to the PNP leader.

“We never joined a leadership cult that people are afraid to question or say that we have a difference of opinion. I don’t subscribe to that approach.

“The party I joined [is one] where a delegate from deep-rural Jamaica could get up and challenge the leader and question anything that the party was doing in terms of policy or strategy or operations,” he insisted.