Should I know my MP’s health status? - Insiders weigh in on balancing accountability and privacy when politicians fall ill 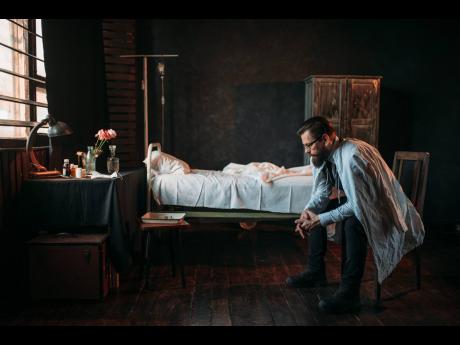 The curtain on a new era of transparency in public service appeared ready to be lifted when three months before his February 2016 election win, then Opposition Leader Andrew Holness promised to publicly release his health records.

The Holness-led Jamaica Labour Party wrested the reins of Government from the People’s National Party (PNP), but four years later and the march towards another general election gathering pace, he is yet to make good on his commitment.

Now, lawmakers from both sides of the political divide are backing the establishment of a mechanism for political representatives to make health-status disclosures, ending the culture of privacy.

There’s no legal obligation for political representatives to make any health declaration, which means there’s no guidance on when is it appropriate for one to step down or resign due to ill health.

In the private sector, medicals are mandatory for some jobs, especially for senior positions, and government Member of Parliament (MP) Leslie Campbell said since taxpayers are the employers of government officials, they should be privy to such information.

“You are really saying to the voting population, ‘I am fit enough to carry out the job which you are electing me for’,” the St Catherine North East MP told The Sunday Gleaner.

For the electorate to be entitled to such information is not “unreasonable”, agreed Fitz Jackson, chairman of the opposition PNP, although he believes the requirements should not be as strict as integrity filings. Gossip can also be curtailed with a disclosure framework, added the South St Catherine MP.

The Integrity Commission Act outlines a framework mandating parliamentarians, and some public officials earning above a certain amount, to submit an annual statutory declaration of assets, liabilities and income. For some officials, the information must cover any spouse or children.

Unlike Juliet Cuthbert-Flynn, the Olympian-turned-politician, Jackson does not believe anyone should be excluded.

“I do a physical every year just for me, personally, and I think everybody should do one. But I don’t think that should be a criterion for MPs,” she said, highlighting how different the views on the issue are by Gordon House occupants.

“I wouldn’t be opposed to something like that for the persons who are going to be possibly leading us – like the prime minister and the leader of the Opposition,” the representative for St Andrew West Rural said.

Mark Golding, a former justice minister, goes further, contending that lawmakers should not be legally required to do anything because “somebody’s medical condition is their personal business”.

“If they have any serious medical complaints that could affect their ability to serve, then I think they should disclose that. But, I think that should be more a matter of moral suasion and political suasion rather than compelled by law,” he said.

That view taps into the contentious debate in democracies around the world about how much to disclose, when and how can the information be verified.

Fearful info could be used against them

The use of the information by political enemies and the treatment by media must also be considered, said Professor Denise Eldemire-Shearer, a physician and professor of public health at The University of West Indies.

“What are the diseases that can impact your performance, your delivery to the constituency? We need guidelines on what would be disclosed – recent history, past history,” she asked. “You don’t want to go into everything that happened when you were a teenager. Do you want to disclose an HIV diagnosis?”

The expert on ageing is the widow of former Prime Minister Hugh Shearer, who died in 2004. He became head of government in April 1967 after Donald Sangster died of a brain haemorrhage two months into the job.

Interestingly, Sangster was first appointed to act in the role in 1965 after Sir Alexander Bustamante, the first prime minister of independent Jamaica, fell ill.

The public learned of the illnesses afflicting some of those leaders, and recent ones, at differing stages, which gives impetus to question of when, the answer for which could come with an established framework.

Eldemire-Shearer insists, though, that while the electorate has “some” entitlement to information, any disclosure should come after diagnosis and initial treatment.

“You need to allow the family and that individual to go through the emotional trauma of that process before you bring the public into it,” she told The Sunday Gleaner.

The disclosure problem is compounded, a finance ministry official, who requested anonymity, said, because some officials fear losing health and financial benefits if their status becomes known and it is perceived they cannot function optimally. All parliamentarians, including ministers, receive insurance coverage.

In one high-profile case, the personal doctor for the late French President Francois Mitterrand revealed in a 1996 book that the leader concealed his prostate cancer diagnosis for the 14 years of his presidency, and that most of his health records declarations were false.

Ushering in a new norm

The Jamaican Constitution has provisions for when a prime minister or ministers have to pause their duties temporarily because of illness, but there’s no regime for disclosure and there’s no example to be drawn from within the Caribbean Community.

Democratic leaders adhere to a convention of disclosure at the point when the illness becomes severe, constitutional expert Dr Lloyd Barnett said. But he wants the authorities here to go further, and “establish some sort of protocols” to entrench public accountability.

The United States may offer some guidance, though, as although not legally required, high-profile politicians have been disclosing health information for decades.

Two recent events – the passing of Labour and Social Security Minister Shahine Robinson and the disclosure by Opposition Leader Dr Peter Phillips that he had surgery for colon cancer – have triggered the latest discussion surrounding health disclosures by leaders.

Robinson was ailing for a while, which saw her missing numerous parliamentary and Cabinet meetings. And some members of Phillips’ party have reportedly sought to weaponise the illness, questioning his ability to focus on his health while leading the PNP through the coronavirus crisis and the possibility of an early general election.

Steering clear of those cases, Helene Davis Whyte, president of the Jamaica Confederation of Trade Unions, which comprises unions representing over 40,000 workers, said not knowing how the electorate will respond to the information would be a bother for some politicians.

“Persons who are casting a vote, if they feel that the persons that they are casting the vote for is not likely to complete the term, then it’s very likely that they would not cast the vote for that individual, and that may be one of the reasons politicians are a little wary of letting their health status be known,” she said.

Requiring every elected representative to disclose could spell bad news for a regulatory system that struggles to get most public officials to comply with annual financial filings. So, Howard Mitchell, the chairman of the Jamaica Accountability Meter Portal, which tracks governance breaches, is backing a protocol, but just for politicians with “significant national posts”, such as Cabinet ministers.

He said response to the coronavirus pandemic is the perfect example of why knowing the status of key leaders is important.

“God forbids, if the minister of finance had a debilitating illness, we would certainly have a setback; similarly with health; similarly with national security,” Mitchell told The Sunday Gleaner.

Starting with the most senior leaders, he added, could be one way to usher in a new norm – what Holness promised in 2016.

“Until we get an organisation that is flatter and where power is more evenly distributed, I think that those at the top of the pyramid have an obligation to the public to disclose not only their ability to function financially, but also that they are healthy.”