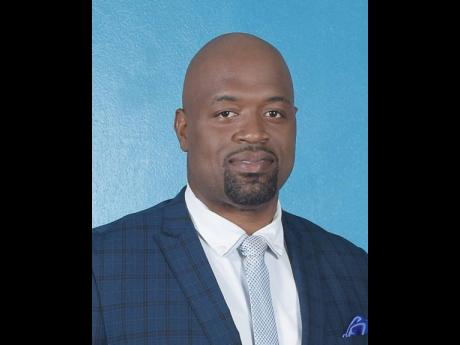 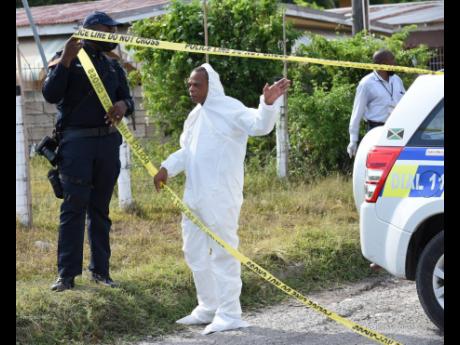 File Police cordon off the area around the house of Friday’s deadly operation in Horizon Park, St Catherine, as Jamaica Constabulary Force (JCF) scene of crime personnel and an Independent Commissions of Investigations team gather evidence and collect statements.
1
2

THE FAMILIES of the two cops slain in Spanish Town, St Catherine, last Friday, are each entitled to a $14-million payout from the Government.

But they could be in for a long wait as it usually takes years before the funds are disbursed, renewing complaints from cops about the allocation of death benefits.

Some 900 Jamaica Constabulary Force (JCF) members have died in the line of duty since the JCF’s establishment in 1867.

“Any benefits for police officers killed in the line of duty usually take up to five or 10 years, and sometimes, even after that, the families have still not received that money,” fumed one cop as he mourned the loof the cops at a bar in Independence City, Portmore, yesterday.

“It is even worse when them children involved, especially if them have ‘outside’ children. The money has to go through the administrator general and is pure red tape,” said the cop, who lost a colleague in 2013 whose family is still awaiting payment.

Detective Corporal Dane Biggs and Constable Decardo Hylton were both murdered during an operation in Horizon Park, St Catherine, early Friday morning. Two other officers were injured in the firefight.

Both slain cops were the only children and breadwinners for their respective families.

When contacted, Sergeant Patrae Rowe, chairman of the Jamaica Police Federation, declined to comment on the issue of late payment of death benefits for the slain cops as the timing was “inappropriate”.

Now it was about support for the families, he said.

Biggs and his mother were particularly close and she is looking fearfully down the road ahead without her son.

It was a case of lightning striking twice for the family as Biggs’ cousin, also a policeman, was shot and killed by gunmen in Kendal, Manchester, in 1997.

“Everybody is just devastated. Completely devastated. They are inconsolable,” said Rowe, describing the mood within the federation.

“As I told them, there is nothing I can say to make them feel better. It’s one of those situations where words just can’t make anyone feel better.”

Superintendent Leon Clunis, who heads the JCF team involved in the St Catherine state of emergency, and another cop were also shot and hospitalised.

Yesterday, Clunis’ relatives declined to comment on the incident, which has triggered rumours, speculation and a blame game as to what led to the deadly attack.

“He (Clunis) is stable and we really just want some privacy while he recovers,” said a loved one.

In the meantime, investigators were yesterday still piecing together clues following the police killing of the main suspect in the Friday morning attack, Damion Hamilton, hours later in Cooreville Gardens, St Andrew.

Police sleuths say Hamilton was deported from Canada in 2017 because of firearms violations. An M16 assault rifle, believed to be the weapon used to shoot the cops, was taken from the Horizon Park scene, and a handgun reportedly taken from his body in Cooreville Gardens.

There has been no confirmation of reports that Hamilton might have had ties with a religious extremist group.

The Horizon Park incident has also triggered debate as to whether the Government should establish stricter mechanisms for monitoring deportees, especially those with a criminal history.

In February, Deputy Commissioner of Police Fitz Bailey indicated that the police have no system to monitor and would not profile in the absence of a legal framework.

Last Friday, Police Commissioner Major General Antony Anderson suggested that there were no changes, noting that the police only collect basic information.

“They (deportees) are not required by law to come in and say where they are. They are free to go unless they do something here in Jamaica that they are wanted for,” he explained.

The 2018 Economic and Social Survey showed that 6,903 persons were deported for the period 2014-2018. Overstaying, illegal entry, and re-entry and drugs possession were the main reasons for deportation.