RISE UP! - Notice calls on J’cans to fight for Chambers, other inmates 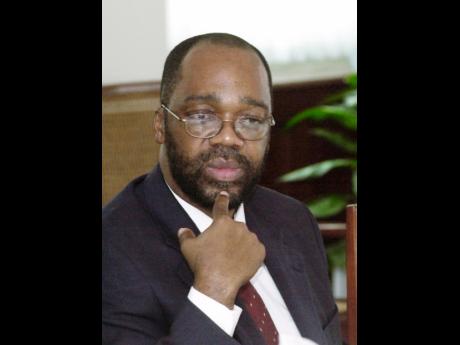 Former prison medic Dr Raymoth Notice believes that like millions of people around the globe now protesting against racial inequalities and police abuse, Jamaicans should take to the streets to send a strong message to the Government that it should do more to safeguard the rights and dignity of prisoners in its care.

Speaking with The Sunday Gleaner last week, Notice, who served a seven-year stint at the Department of Correctional Services (DCS), bemoaned the State’s inaction at ensuring meaningful change after the occasional case of abuse and neglect in the nation’s penal system.

He was weighing in on the latest revelation by the Independent Commission of Investigations (INDECOM) that more than 140 mentally ill persons were being detained at the court’s pleasure, some for more than four decades without facing a trial.

Among them was 81-year-old Noel Chambers, whose family had tried relentlessly for years to have him released into their care after he was locked up 40 years ago on a murder charge and deemed unfit to plead. Letters to state officials fell on deaf ears as their pleas went unanswered. In January, they were finally told to come and get him – only to receive his emaciated corpse.

The case has triggered the latest round of public outcry, but Notice is calling for sustained pressure on the Government to ensure that what happened to Chambers does not befall another Jamaican, and to ensure the State do what is right by the other 145 inmates named by INDECOM as being in a similar position.

“What is transpiring now is just a continuation of what was before my time, during my time, and presently. This is nothing new,” Notice told The Sunday Gleaner last Wednesday.

Notice had unearthed a rash of gang rapes, beatings and sexually transmitted infections among mentally ill inmates in 2001, reports of which triggered an uproar, shaming the then P.J. Patterson-led People’s National Party administration into amending legislation to protect mentally ill prisoners.

Many of the inmates then, Notice said, were being remanded at the court’s pleasure without proper treatment or care at that time. However, he could not say whether Chambers was among the roughly 300 such inmates audited during his time at the DCS.

“There have been several examples and they are almost like the present racism in America; it has been going on for a long time. Every time there is a breaking news, it becomes so alarming that the system failed to function,” said Notice, whose findings opened discussion about the distribution of condoms among inmates inside Jamaica’s prisons.

“What we need now are local protests whenever we have these things so that it can register in the ears of the authorities,” he said.

Human-rights advocate Susan Goffe was upset as she reflected on the current situation.

“I don’t know how anyone can feel anything but horror and great anger when it comes to Mr Chambers’ death,” she said. “We are talking about 40 years! How many prime ministers, leaders of the opposition, how many members of parliament would have sat over this period? ... What we are talking about is a horrendous systemic failure for over decades.”

Goffe added that many mentally ill inmates do not speak up about their abuse because of depression.

One mentally ill inmate, 40-year-old Lebert Bailey, lost one of his eyes after being brutally beaten at the Tower Street Adult Correctional Facility in 2017.

Among the inmates currently locked away without trial are men INDECOM identified as ‘GW’ and ‘EE’. Both have spent 49 years in prison at the court’s pleasure without trial for murder. Their psychiatric condition is unknown, although their last listed court dates were in 1970 and 2000, respectively. More than a dozen other prisoners have been in a similar position for more than 30 years, according to the report.

Pressed by the INDECOM report in what could be a general election year, Prime Minister Andrew Holness last week described Chambers’ ordeal as “tragic and heartbreaking” and directed that an audit be carried out into the current situation.

Chief Justice Bryan Sykes also admitted that Chambers had been victimised by the Jamaican judiciary several times and established a mental health task force to review law, policies and procedures relating to mentally ill persons in custody. That task force is expected to present a report within the next 120 days.

For Rodje Malcolm, executive director for human-rights group Jamaicans for Justice, however, this has become all too familiar.

“This (chief justice’s) is an unusual apology but it really reflects how severe and systemic the failure was on the part of the justice system, which is not limited to the courts,” he posited, adding that over the years, several reviews have been done.

“We believe that there is a need for law reform to make it legally impossible to imprison someone indefinitely even though they have never stood trial, and place them alongside persons who have been convicted for crimes. That, for us, is fundamentally unjust,” added Malcolm.

In a statement last night, Commissioner of Corrections Lt. Col. (Ret’d) Gary Rowe noted that efforts were made to ensure that Chambers received internal psychiatric care and regular medical attention and treatment both internally and at public hospitals over the years.

“It is accepted that the recent INDECOM report around Mr. Noel Chambers highlights the fact that mental illness remains a public health concern, one which we at the DCS have been grappling with for a number of years. There are areas that have been identified where the DCS must transform, modernize and strengthen within the administrative processes and our medical capabilities at our correctional centres,” he said.

Rowe admitted that there was room for improvement throughout the system, and that the DCS was prioritizing the review of these vulnerabilities in order to implement the best measures for transformation, “to ensure that there is never a repeat of this incident”.

“Mr. Chambers’ case highlights the need for the strengthening of our medical capabilities even as the department continues to lobby for not only the upgrading of our medical unit, but further staff and infrastructural relevance. This current situation reminds us all of the dire need for more psychiatrist positions to ensure that the DCS can comply with the requirement for the volume of evaluations demanded in the courts,” stated the commissioner of corrections.