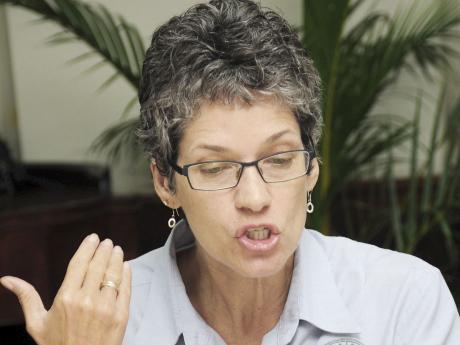 McCaulay: In our first look, I have very serious concerns — the removal of mangroves and the potential of flooding.

WESTERN BUREAU:
Environmentalist Diana McCaulay is concerned about aspects of the Environmental Impact Assessment (EIA) report for the proposed Montego Bay Bypass suggesting that the construction could result in flooding in the western city.

The government is predicting that the bypass will usher in a new frontier for economic development in the tourist capital and the wider western Jamaica.

However, based on what she has seen of the EIA report, McCaulay, the chair of the board of directors at the Jamaica Environment Trust (JET) is unsettled.

"The Jamaica Environmental Trust is still reviewing the EIA report, which is almost 700 pages. In our first look, I have very serious concerns — the removal of mangroves and the potential of flooding," McCaulay told The Gleaner Monday.

On November 22, 2017, Montego Bay was severely impacted by floodwaters after heavy rains lashed the city for more than four hours.

The flooding caused infrastructure damage and raised concern about the capacity of the city's drainage system.

It also left scores of commercial operators with millions of dollars in losses and caused major damage to the city’s road network.

On Tuesday, the National Road Operating and Constructing Company (NROCC) will be hosting a virtual public presentation of the EIA report on the proposed Montego Bay Bypass, officially referred to as the Montego Bay Perimeter Road.

In the meantime, the JET chairman has taken her lobbying to Twitter, warning that it will be devastating and destructive if the Andrew Holness-led Administration proceeds with the project as presented in the EIA report.

The EIA report can be viewed at the St James Municipal Corporation, the St James Parish Library, the Montego Bay Chamber of Commerce and the Anchovy Branch Library.

About the MoBay Bypass
The bypass is proposed to be a 15-kilometre four-lane carriageway to be constructed by China Harbour at a cost of $500 million.

It will stretch from Ironshore, just before the Whitter Village, going behind the communities of Salt Spring and Cornwall Courts, and through Porto Bello and Granville, ending on the Bogue Road.