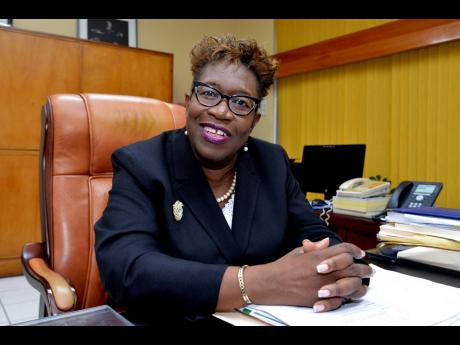 Police authorities are tight-lipped about a recommendation made by Director of Public Prosecutions (DPP) Paula Llewellyn about the fate of the Jamaica Defence Force (JDF) soldier who earlier this year shot and injured a cop he allegedly found at his home in a compromising position with his wife.

The woman in the suspected love triangle is also a cop.

The incident unfolded at the couple’s 7 East, Greater Portmore, home in St Catherine in February.

Llewellyn confirmed to The Gleaner that she made a recommendation on the file that had been sent to her office for a ruling.

“It was sent to the police last Wednesday, and that’s all I will say,” she said.

The police are expected to act on Llewellyn’s recommendation.

Calls by The Gleaner to the mobile phone of Assistant Commissioner of Police Clinton Laing, who is in charge of the crime portfolio, for over five days, were unanswered.

Acting Deputy Commissioner of Police Fitz Bailey was also contacted, but he reserved comment on the matter.

The incident is one of a string of reports being investigated against members of the military since the start of the year.

Reports are that a police constable attached to the St Catherine South Proactive Investigations Unit was gun-butted and shot in the region of his left shoulder by a JDF corporal who had returned to his home to find the cop his wife in a compromising position.

The Gleaner gathers that the policeman, in a bid to escape the rage of the army man, ran through the back door in the nude, leaving behind his service pistol.