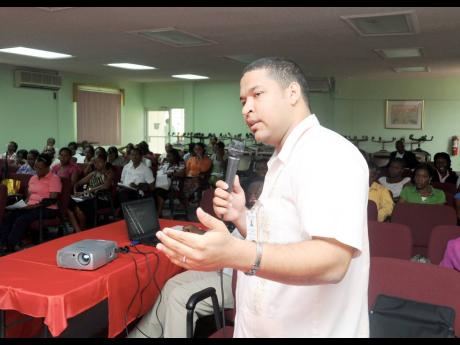 Psychiatrist Dr Geoffrey Walcott says the problem of mentally ill persons being held in prisons for decades without sentence is rooted in a system that forces such persons to prove not only their innocence, but that they will not commit further crimes upon release.

“There is nowhere in the civilised world where someone has to prove innocence, not even for the crime that they have alleged to have committed, but rather for future crimes, which is what’s being asked from the mentally ill,” Walcott said during an online conference yesterday themed ‘Trapped in the System: Stand Up for Jamaica Reports’.

“They are being asked to prove crimes, to prove that they will not go out and kill somebody. There is no facet under law or treatment or health service that speaks to that,” he added.

Walcott says the situation stems from a misconception with regard to the risk of violence from persons with mental illness.

“There has been a dearth of literature from the ’60s coming forward, and that has established that persons with, especially, schizophrenia pose no greater risk to the general public than any regular person within the population,” he said. “I would go so far as to say, even in our current culture, the mentally ill are far less dangerous because we have seen the number of murders in our country, and there are very few cases where the persons who commit these murders are mentally ill.”

Further, Walcott shared that the reason that persons are languishing in the penal system – and the Bellevue Hospital, which, according to him, has similar structures – is because of a misconception that there is no service in place to care for the mentally ill should they be released.

He, however, stressed that the services do exist and can be effective, but they lack the proper resources and support.

A recent report by the Independent Commission of Investigations highlighted the plight of 146 mentally ill prisoners being held for decades without trial in the island’s penal system, some for as long as five decades.

Among them was Noel Chambers, who died in January after being locked up for 40 years without being tried for his alleged crime.

Another, George Williams, was freed last week after a 50-year wait in an infested maximum-security prison awaiting trial.