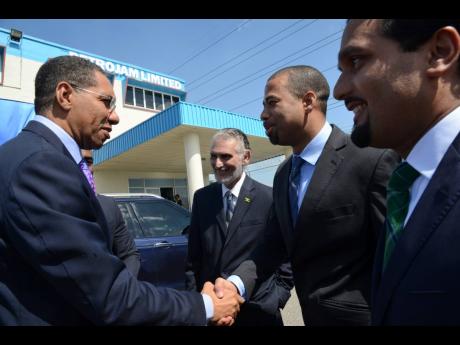 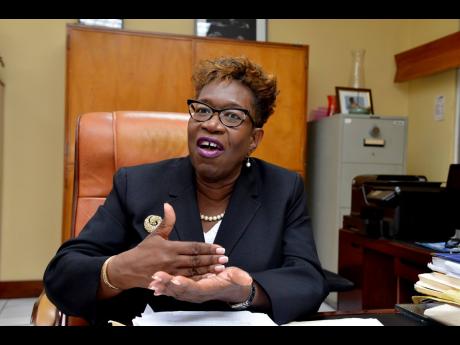 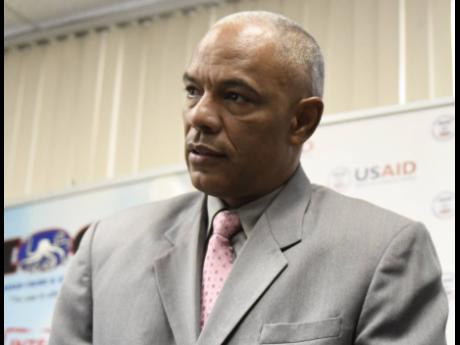 The Major Organised Crime and Anti-Corruption Agency (MOCA) could make another push to have former Petrojam executives Floyd Grindley and Perceval Bahado-Singh extradited to Jamaica to face charges over their alleged roles in the messy Petrojam saga after their initial attempt fizzled nearly two years ago.

In late 2018, MOCA had put forward its case to the Office of the Director of Public Prosecutions (ODPP), which ruled that the evidence was not strong enough to win over the authorities in the United States, where the men are reportedly based.

In a nine-page January 2019 opinion, the ODPP informed the anti-corruption agency that the file needed more work and outlined what would be required. Although MOCA has not yet put forward another request, the agency told The Sunday Gleaner that it was having ongoing dialogue with the DPP’s office with a view to concluding the investigation.

“At this time, that is the extent of the comment we will make on the matter,” said Col Desmond Edwards, MOCA’s director general.

Both Grindley, who served as general manager at the state-owned oil refinery, and Bahado-Singh, chairman, were axed in 2018 as a multimillion-dollar corruption scandal engulfed Petrojam with allegations of irregularities, nepotism and cronyism. It also toppled then Energy Minister Andrew Wheatley, a loyalist of Prime Minister Andrew Holness.

Last week, the nation’s chief prosecutor, Paula Llewellyn, told The Sunday Gleaner that the extradition unit in her office, headed by Jeremy Taylor, thoroughly assessed the file presented by MOCA and found that there was insufficient material to make a viable extradition request at that time.

“A request, without more, is not sufficient,” she said.

Llewellyn said one of the sticking points was that Jamaica would have had a hard time proving the double criminality principle, where the offences the men were being sought for must be recognised in law in both countries.

The 1991 extradition treaty between Jamaica and the US also said extraditable offences must be punishable by imprisonment or other forms of detention for a period of more than one year. In addition, a request must be supported by, among other things, an arrest warrant. But Llewellyn said the inadequate material from MOCA meant a warrant was a long way off.

“When you are asking for extradition and you have to deal with the Central Authority in the United States, you have to make sure that the material that you present shows a clear, clear case in respect of the ingredients of any possible offence,” the DPP said, adding that there must also be a reasonable prospect for conviction.

The DPP said her office has been working with MOCA to facilitate the investigation.

Last week, the Integrity Commission, in its annual report for 2019-20, said it provided MOCA with information on statutory declarations for two public officers.

The report also made several stinging conclusions about Grindley, Bahado-Singh and some of their former colleagues.

It questioned whether Grindley was strategically placed in his position as general manager to support “corruption-enabling mechanisms” at Petrojam. It added that there was evidence that Grindley, along with ex-human resources head Yolande Ramharrack and former procurement head Ronique Budram-Ford, were involved in a conspiracy to defraud Petrojam and the Government with the hosting of birthday parties on tax dollars for Wheatley and Bahado-Singh.

Grindley was also accused of presiding over a hiring process for Ramharrack that was marred by nepotism, gross improprieties and irregularities.

The Integrity Commission also concluded that Grindley “improperly” inserted himself in Petrojam’s donation of $2 million to the Munro College Old Boys’ Association. He is a past student of the St Elizabeth-based school.

Bahado-Singh, meanwhile, was accused of engaging in acts of corruption in relation to 27 overseas trips he planned and later claimed reimbursements for although they had nothing to do with Petrojam.

When the scandal broke, Bahado-Singh, who has disputed the allegations, refunded Petrojam approximately US$57,000.

But the Integrity Commission said the reimbursements do not relieve him of accountability, pointing out that there is evidence of dishonesty and a breach of duty. It said those acts were “wilful” because Bahado-Singh claimed he was going on Petrojam-related trips but “would have been aware that he did not in fact attend” such meetings.

Grindley, the report said, breached the law when he authorised the reimbursements.

Bahado-Singh had also approved a $14-million donation to the Scientific Research Council, which has been deemed a conflict of interest because the council’s executive director, Dr Cliff Riley, was not only Bahado-Singh’s academic affiliate but a “close friend”.

The report said action could be brought against the former chairman, whose two-year stint began in 2016, for misconduct in public office.

Both Bahado-Singh and Grindley have been referred to the director of corruption prosecution for possible criminal actions.

Some of the findings in the two published reports were redacted, which a former senior prosecutor in the ODPP said could mean several things, including that prosecutions were imminent and the commission would not want to prejudice court proceedings. It could also mean investigations were ongoing.

A third report on the Petrojam investigation is outstanding from the Integrity Commission.

Established in 2014 to tackle corruption and bring high-value criminal targets to justice, MOCA had been depending on police officers to do its work with a limited capacity to train and fully establish its specialised units. In March, the regulations to give effect to the provisions of the 2018 MOCA Act, which include establishing MOCA as a statutory law-enforcement agency with operational independence and authority, were passed in the House.

Last year, National Security Minister Dr Horace Chang had indicated that with regulations in place, the agency would get more financial support to fully establish its systems.

A review of performance reports for 2017-2019 showed a decreasing trend in the number of operations per year. In 2017, there were 122 operations and 79 charges laid. Sixty-one operations took place the following year and 73 charges were recorded. In 2019, there were 45 operations and 39 charges. Most of the offences over the period related to lottery scamming and corruption.

“You can expect much, much more work from us because we feel more confident with the regulations in place,” a MOCA source told our news team last week. “Recruiting will pick up and people will be assured of a stable job.”