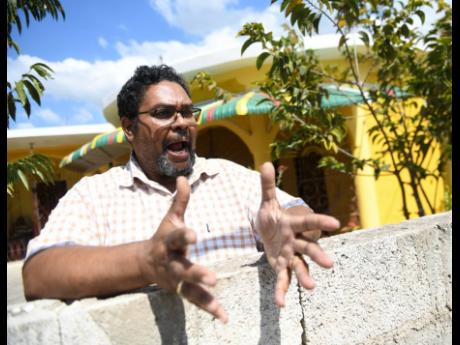 With race relations under global scrutiny in the wake of the killing of African American George Floyd while in police custody in the United States over a month ago, activists in England have now turned their attention to the disproportionate make-up of the Commonwealth Games Executive.

All but one member of the board of directors of the showpiece event scheduled for Birmingham, England, in 2022 are white, triggering outrage among equality advocates. The exception on the 20-member committee is a person of Caribbean heritage.

They are charging that the lack of diversity at the top of the high-profile event is symbolic of “systemic racism” at the heart of life in Birmingham, with very few positions of power held by black or Asian minorities despite them making up nearly half the city’s population.

Community activist Bishop Dr Desmond Jaddoo said that systemic racism is at the heart of the matter that has served to disenfranchise black people in the United Kingdom for decades.

“When I say they have one black person, I mean that of all those on the board all except one is white, and when you think the Commonwealth Games is being held in Birmingham – one of the most diverse cities in Europe – I just see it as the ‘Plantation Games’ because clearly the diversity of our communities are not being shown here,” he told The Gleaner.

Jaddoo said that despite the concern being raised with Commonwealth executives in the past, no measures have been taken to address it.

“These Games, as we all know, will feature some of the best athletes in the world, and remember also that many of the participants are from Africa and Caribbean countries, including Jamaica. Many more, especially those representing Great Britain and Canada, are of African-Caribbean heritage as well,” he added.

Jaddoo said with some of the main events expected to feature Jamaican track and field stars, “We are amazed that we are still being used to glorify the empire’s status, flailing or not, and this is why I say it should be called the Plantation Games because the management structure in place does not reflect the fullness of the peoples it is supposed to represent.”

Jamaica sent a 151-member contingent of athletes and officials to the last Commonwealth Games held in 2018 in Queensland, Australia.

“When you look at the Black Lives Matter movement now, which is going on across the world, it begs the question: When will they start respecting black people?” he continued. “Then we must never forget the Windrush scandal and the impact of COVID-19 on black populations in this country; it is a disgrace.”

He said the group he leads is calling on the organisers to take stock and look at their model going forward to make sure it is reflective of the peoples involved.

Joy Warmington, chief executive of the Birmingham-based equality and human rights charity Brap, said the city had missed the chance to make a profound statement about equality of opportunity around the leadership of the Games.

“It looks like we fell back on tried and tested people from leadership circles, those it was felt would be a safe pair of hands, which tends to be white people, and particularly white men,” she said.

“The city likes to claim it champions diversity and equality, but it is superficial. It wants to be transformative, but it won’t go through the pain involved in getting there,” she told the Birmingham Mail.

“Most organisations in the city look like Guinness – the top layer is white, with black underneath. I am a Brummie (person from Birmingham), born and raised, and I am proud of this city, “ she said. “We have so much talent and vibrancy, but we seem determined to maintain the status quo.”