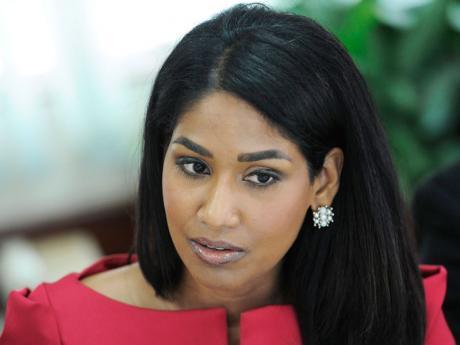 The police say they have widened their investigation into the award of contracts involving St Ann South Eastern Member of Parliament, the People's National Party (PNP's) Lisa Hanna and her husband Richard Lake.

However, the Counter-Terrorism and Organised Crime (C-TOC) branch says it has been having problems locating key witnesses in the matter.

The update from the police follows Gleaner revelations last week that the Director of Public Prosecutions has ruled out criminal charges against Hanna but recommended prosecution for Joan McDonald, an executive in her constituency office.

Lake, the DPP said, should be charged if the police collect a statement from McDonald in which she maintains her claim that he persuaded her to make false statements to the Office of the Contractor General.

The DPP’s July 2019 ruling followed a 2017 referral from the then Contactor General Dirk Harrison who had investigated allegations of impropriety and corruption at Hanna’s constituency office and the award of contracts by the St Ann Municipal Corporation.

The ruling has not been made public but has been seen by this newspaper.

Anthony McLaughlin, assistant commissioner of police in charge of C-TOC, said his unit received a report from the Integrity Commission last September which has formed the basis of the ongoing investigation.

“We have been met with some resistance. Some persons were not available and some persons migrated but we continue to try,” he said, noting that up to yesterday, efforts were made to reach key witnesses.

No one has been charged in the matter and regarding McDonald, McLaughlin said it has been hard to contact her.

“We were not able to locate her in the initial stages but we are getting somewhere. We should be able to talk with her soon,” the ACP said.

McLaughlin said investigators are working to finish the case as quickly as possible.

The DPP was also to rule on whether Hanna, in her capacity as a member of parliament, “will fully neglected to perform her duty and/or wilfully misconducted herself”.

But the DPP said the OCG’s findings did not rise to the level of a criminal charge, noting that nepotism and cronyism were not offences under Jamaican law.

However, Llewellyn concluded that the contractor general’s report revealed a “culture of negligence and/or unethical management” in the award of 53 Christmas work contracts reportedly valued $13.3 million between 2011 and 2015.

She said an impartial and fair-minded observer could legitimately form the view that the St Ann Municipal Corporation was being used as a “vehicle” to benefit PNP cronies.

The PNP, which has been critical of the ruling Jamaica Labour Party on corruption issues, has said the DPP’s ruling is a “full and complete exoneration” of Hanna.

However, the DPP has said she doesn't have the power to exonerate anyone.

Lake, an executive member of the constituency at the time of the OCG probe, and Hanna have denied wrongdoing.