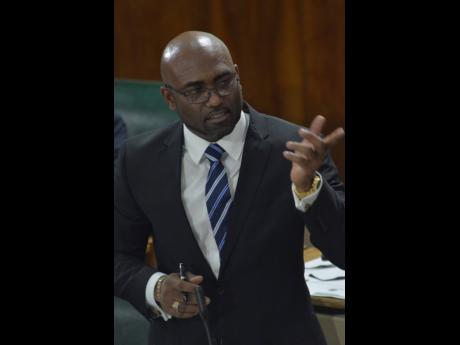 Former Energy Minister Dr Andrew Wheatley has taken court action challenging a “dishonest” characterisation against him in an Integrity Commission report on allegations of corruption at the state-owned oil refinery, Petrojam.

One of Wheatley’s chief lawyers, Chukwuemeka Cameron, confirmed yesterday’s application in the Supreme Court for leave to seek judicial review of the “perverse and irrational” conclusions of the anti-corruption watchdog.

While the report said there was no evidence of nepotism on Wheatley’s part, the Jamaica Labour Party member of parliament (MP) was said to be “dishonest” and “less than truthful” in his representations concerning Sophia Deer.

Deer is the principal of Homestead Primary School, which is located in the St Catherine South Central constituency for which Wheatley is the MP. She also sat on several boards within the Ministry of Science, Energy and Technology when Wheatley was minister.

According to the report, Wheatley said Deer was his technical assistant, but the investigator said the former minister did not disclose that Deer is also the mother of his nephew.

Wheatley has denied the claim and now wants the court to quash the adverse conclusions, which they claim “were not grounded in fact nor law”.

He claims that his reputation has been brought into disrepute and there are no alternative forms of redress as the Integrity Commission, a parliamentary body, is immune from defamation suits.

Wheatley is seeking the court’s permission to review the Integrity Commission’s recommendation that he be prosecuted for perjury.

A declaration is also being sought from the court that the commission’s director of investigations did not have enough evidence to establish that the ex-minister made a false statement in relation to Deer.

“The director must base his decision upon evidence that has some probative value, lest the commission itself becomes a tool of corruption,” a summary document said.

The lawyers are also seeking an order from the court for the Integrity Commission to publicly exonerate Wheatley of acts of impropriety.

Section 54 of the Integrity Commission Act mandates it to publicly exonerate an official if, after an investigation, it finds that the allegations that triggered the probe did not amount to a wrongdoing.

The issues Wheatley is challenging are contained in the Integrity Commission’s Report No.2, which probed allegations concerning donations made by Petrojam to organisations over the period 2016-2018.

The report was tabled in Parliament on June 30.