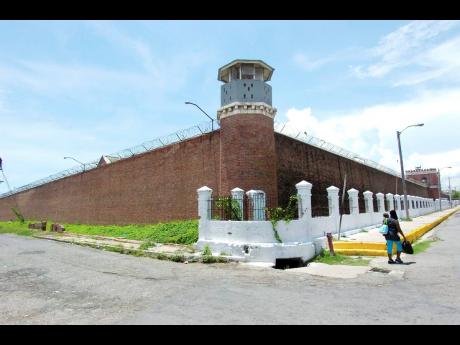 The authorities are trying to reduce tension at the Tower Street Adult Correctional Centre where prisoners have gone on a hunger strike in protest of the death of an inmate during an altercation with correctional officers last Saturday.

The Independent Commission of Investigations, which probes reports of abuse of power and deaths in custody in relation to the security forces and the correctional services, said that 39-year-old Darron Brown fell after being struck with a regulation baton.

It said that it would probe further to uncover what else transpired. The officers have been served notices to provide statements to the commission and attend interviews.

The Gleaner understands that Brown was taken to the medical area of the institution and subsequently transported to the Kingston Public Hospital, where he was pronounced dead on arrival.

The incident has increased tension in the facility.

Information reaching The Gleaner is that the inmates refused all meals on Monday and Tuesday. It was not clear up to press time yesterday whether they had relaxed their protest, but our news team gathered that officials have met with the disgruntled inmates.

“They were trying to assure the inmates that the warders in question will not be allowed back into the prison without an escort and that the matter would be properly investigated, a correctional officer not authorised to speak told The Gleaner . “Nuff a dem nah eat and some wah eat and can’t eat. Prison system thing. Dem turn back everything since Monday.”

It is understood that discussions are also under way to ban physical punishments being meted out to inmates.

Questions sent by our news team on Tuesday to Matthew Samuda, minister without portfolio in the Ministry of National Security, have not been answered.

The Gleaner has also been unable to reach Commissioner of Corrections Lt Col Gary Rowe.