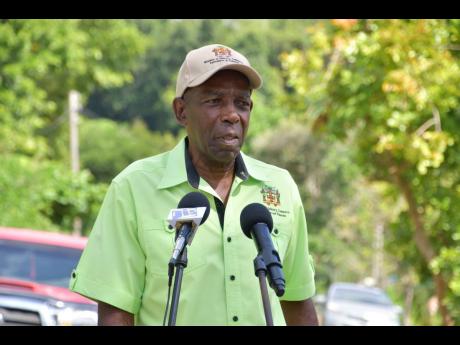 JC Hutchinson, Minister without Portfolio in the Ministry of Industry, Commerce, Agriculture and Fisheries. 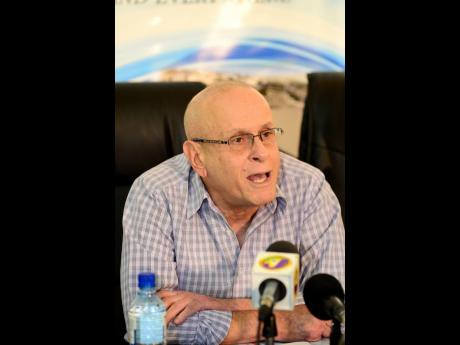 Joseph Shoucair, managing director of the Sugar Company of Jamaica.
1
2

There are conflicting accounts about how a company, with a director and shareholder who is the partner of a Cabinet minister, was selected in 2019 to operate more than 1,400 acres of old sugar lands in St Elizabeth.

The entity, Holland Producers Limited, has reportedly sublet the lands at the Holland Estate to dozens of small farmers who, in turn, have been receiving support from various state agencies.

Joseph Shoucair, managing director of the Sugar Company of Jamaica (SCJ Holdings), told The Sunday Gleaner that his entity received a recommendation from the Ministry of Industry, Commerce, Agriculture and Fisheries (MICAF) to give possession of the lands in July last year to Holland Producers.

SCJ is the state company that manages sugar lands.

“MICAF directed the SCJ’s attention to a company called Holland Producers,” Shoucair said, adding that the “arrangement was that when the lands were returned to SCJ, we would make them available to MICAF. MICAF then nominated Holland Producers and hence this arrangement for a one-year due diligence period.”

“I acted on the advice of MICAF,” Shoucair insisted, noting that there was no tender process.

Pressed on who made the recommendation, he said: “I would rather not say”.

However, that response may raise further questions about the origins of the “advice” and the due diligence in the selection of the company, given the contradictory account by J.C. Hutchinson, a full minister in MICAF.

The minister said it was Holland Producers that approached the SCJ with a proposal to manage the property in the North West St Elizabeth constituency he represents in Parliament for the ruling Jamaica Labour Party (JLP).

“It’s a registered company that applied to SCJ Holdings. They weren’t recommended by anybody,” Hutchinson said, confirming that Lola Marshall Williams, a director and shareholder of Holland Producers, is his “live-in partner” and mother of one of his children.

Marshall-Williams, a well-known businesswoman in the Breadbasket Parish, is also the JLP liaison officer to the Electoral Office of Jamaica for Hutchinson’s constituency and a board member of the Rural Agricultural Development Authority (RADA), a MICAF entity that provides technical support to farmers.

Though directing queries to SCJ, Hutchinson said he was not aware of other applications to lease Holland Estate lands, which were formally returned to SCJ in 2019 by J. Wray & Nephew.

Hutchinson disclosed that a number of private interests made overtures for the lands but the decision was made to give preference to small farmers, the state-owned Jamaica Information Service reported in February.

Holland Producers was incorporated in May 2019 with three directors and two shareholders, according to Companies Office of Jamaica records. Almost two months later it was given possession of the lands.

WHAT IS THE PROBLEM?

Hutchinson, meanwhile, is dismissing any question of conflict of interest in the selection process.

“I don’t see any conflict of interest,” he declared. “A company applies for leasing a property. It has nothing to do with me. Whether she sits on the board or whatever her other activities are, if she’s part of the company, makes an application for the land, what is the problem there?”

Marshall-Williams, meanwhile, has backed up Hutchinson when she also told The Sunday Gleaner that the company submitted its application to SCJ.

“We went to an interview with Shoucair with our business proposal,” she said. “We pointed out that we had the requisite skills set to manage the property, to ensure that it was given to small farmers rather than to big investors.”

She explained that the company was formed with support of community interests and low-scale farmers because of a concern that the property would fall into the hands of a few big investors, “squeezing out” small farmers in the area.

The Sunday Gleaner has submitted questions to Dermon Spence, permanent secretary in the agriculture ministry, requesting details on the selection process.

J. Wray & Nephew’s subsidiary Appleton operated the lands up to mid-2019 when it gave them back because of faltering sugar prices, cattle problems and the long-standing waterlog concern which reduced the availability of arable parcels for cultivation. Almost 150 farmers were reportedly displaced.

Government policy since then has been to establish the Holland Estate as an agro-economic zone to comprise farms on the 2,400-acre property as well as packaging and processing facilities.

The SCJ explained that after discussions with MICAF, the authorities approved Holland Producers’ request to operate the property for 12 months, starting July 9, 2019, as a due-diligence period to determine viability of the land.

Holland was not required to make any financial commitment to the government entity. Shoucair also admitted that the arrangement was not one he’s done before. “In this particular case, it’s the first I’ve done that. I don’t know of anything wrong with the process,” he said.

But he added that it was not unusual for a company representing common interests to make a bid for government property.

“We have done it in many instances where a collection of people operating on land come to us and say ‘look, we want to be regularised. This is an entity that represents us. Help us to regularise with this entity.’ There’s nothing wrong with that,” he noted.

With the period ending on June 30, Holland Producers is now expected to inform the SCJ whether it wants to enter a formal lease. The value of the land could not be ascertained as the SCJ said no valuation has been done in years.

More than 100 farmers have since been permitted to use the land with no user getting more than 20 acres, Marshall-Williams said, adding that support has come from RADA, the National Irrigation Commission and the Agro-Investment Corporation.

RADA chairman, Nigel Myrie, while not immediately able to provide the full cost of support, confirmed that registered farmers there were receiving support from the entity.

In his sectoral debate in Parliament on July 1, Hutchinson spoke highly of the Holland project which his ministry is pushing to become the first agro-economic zone, a revision of the agro-park idea of almost a decade ago.

“The vision for Holland is already bearing fruit. In spite of the vagaries of the weather last year, some 91 tonnes of crops were produced between March and June this year, with at least one farmer earning up to $1.2 million per fortnight,” he told the House of Representatives then.

Not all of the property will go into crop production, as approximately 400 acres are set aside for the Airport Authority of Jamaica to expand an airstrip, while another 300 acres have been reserved for cattle rearing.

Currently, most of the farmers are cultivating a range of crops, including sweet potato, pineapple and coconut. Packaging and processing facilities are also expected to be established.

“If we did not step up to the plate and decide to go for it, the place would be overrun by wild cattle, squatters, and the cane would be running wild and would be a haven for unscrupulous activity,” Marshall-Williams said.

She said the company intends to approach the SCJ with a formal lease arrangement.