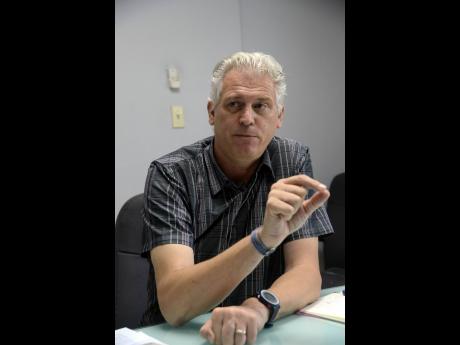 It will take at least a decade for Jamaica to start seeing signs of irreversible change in crippling crime under the zones of special operation (ZOSO), says security expert Mark Shields.

He said the overall plan must include long-term initiatives to create jobs, improve education, and teach people some basic social skills to prevent a return to the cycle of violence.

“This cannot be a one-year wonder. Irreversible social and economic change may take at least 10 years,” Shields said.

He said that if the special security measures are to work, both the Government and the Opposition must be at one, adding that for years, successive administrations have failed to successfully tackle the problem.

“Perseverance on managing and improving the ZOSO strategy is an absolute priority,” said Shields, who was seconded from Scotland Yard to serve as a deputy commissioner of police from 2004 to 2009.

“Crime and corruption is a disease like COVID-19 and needs to be tackled effectively by joined-up Government working with a wide range of partners with a common goal: to reduce crime and disorder,” said Shields.

He said that the appointment of Major General Antony Anderson as police commissioner in 2018 was a good move.

“He understands what needs to be done to achieve transformation of the Jamaica Constabulary Force (JCF) and is getting on with that process,” he said.

He warned against the politicising of the police force, through the rhetoric or action of politicians and those who support them, pointing out that many initiatives that were proposed in the past are now being implemented, which can only improve the JCF’s effectiveness in the fight against crime and violence, particularly murders.

At the same time, Shields is challenging critics of the ZOSO strategy to present a better alternative, stating that while the murder rate and the number of shootings have not decreased as much as he would like, gains have been made in some parts of the island as a result of the measures.

The value of the ZOSO strategy has come in for strong criticism mainly from the parliamentary Opposition ever since they have been rolled out. Other critics have also questioned the strategy and whether any progress is being made.

A former JDF corporal with over two decades of service under his belt, who spoke to The Gleaner on condition of anonymity, described the ZOSOs and states of emergency as a “waste of money and time”.

He pointed to the lack of seizures of illegal guns in Flankers in Montego Bay and in ZOSOs in Mount Salem and other sections of the island as an example.

“In 2010, we launched an SOE in Montego Bay, the Flankers area to be precise, and that community is a place known to have high-powered weapons. We would sit in the army base in Montego Bay, right below the community, and would see men there, all with rifles,” he said.

“You launch a state of emergency, and you go up there, and for the period of the SOE, you find, say, five rifles out of nearly 5,000 in there, and when you take that five, another 1,000 is coming in. How do we benefit from that?” the retired soldier asked.

“... From my vantage point, these SOEs and ZOSOs, unwittingly, have become a haven for criminals, who smuggle weapons out of the communities, commit their crimes, sneak them back in and are safe within that space, given the presence of the security forces,” he added.