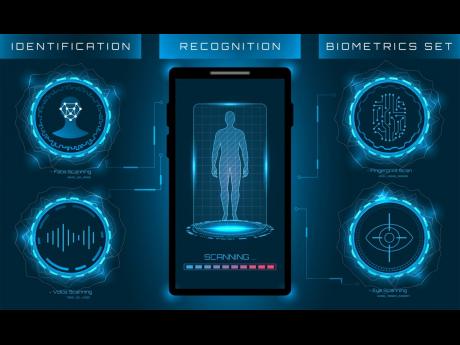 The high-tech surveillance cameras equipped with facial-recognition software being installed by Chinese business operators across the Second City have already been reaping success. The devices, which can easily pick up faces up to a mile away even in heavy rain, have been credited with a number of arrests.

The cameras are the latest tools in the fight against crime in Montego Bay, St James, where the robbery-weary Chinese business community has turned to the system to identify and expose the brazen robbers, who have been targeting them in several multimillion-dollar heists.

In 2018, the national closed-circuit television (CCTV) surveillance system, better known as JamaicaEye, outlined an ambitious plan to cover the western city with an additional 300 CCTV cameras by the end of that year. However, it is unclear as to what has become of the plan and how many cameras have actually been installed across the city.

However, a respected security expert tells The Gleaner that he believes that the Chinese’s assessment that the city needs at least 100 high-quality cameras to be properly covered is an accurate estimation. According to him, the cameras that the Chinese are touting are equipped with the latest facial-recognition software and have the capacity to capture clear images from as far away as a mile away, even in adverse weather conditions, which could be exactly what the western city needs.

“These cameras are highly sensitive. You could call them a law enforcer’s dream and a criminal’s nightmare,” the security expert said. “If we have Montego Bay properly blanketed with these cameras, criminals will have a hard time escaping apprehension because once an image is recorded, whenever that person is spotted again by the camera, an alert will be sent out, which should result in the person being captured by the police.”

Police statistics reveal that up to July 4 this year, St James had recorded 58 murders, a 17.1 per cent decline when compared to the corresponding period in 2019. Shootings were also down with 65 incidents as opposed to 70 last year. Robberies (32), however, have increased, with one more case this year.

The need for high-quality surveillance cameras came into sharp focus in 2018 when the police felt that they had an air-tight case against two brothers implicated in a murder at a gas station in Glendevon, St James. However, the CCTV footage was considered poor and inconclusive and the men were freed by the court.

While not as open as the Chinese in discussing the cameras being used in Montego Bay, a police source did admit that the ones to which the police have access have been proving to be quite effective crime-fighting tools.

“What I can tell you is that these cameras have the potential to be a game-changer as it relates to properly policing Montego Bay,” the cop told The Gleaner. “The cameras we have access to have assisted us in making a number of arrests. There have been cases where men were spotted on the cameras with a bulge in their waist, and when we accosted them, it turned out that they had illegal firearms in their possession.”

With regard to privacy issues, resulting from the intrusive nature of the cameras, the police source said that only footage of evidentiary value is kept by the police, so law-abiding citizens should not be worried about their images captured in innocent situations ending up in the national security databank.

The Gleaner was unsuccessful in getting feedback from the JamaicaEye coordinators as questions submitted were not answered at press time. However, the security expert thinks it would be a good idea to have JamaicaEye work with the Chinese in tackling a mutual problem.

“If [the Chinese] are willing to invest in their own security, I see nothing wrong in forging an alliance with them, once it does not compromise our wider security apparatus,” said the expert. “All I can see is benefits on both sides.”

The murders of Chinese businessmen Andrew ‘Andy’ Chin, who was killed in September 2019, and Kenneth ‘Kenny’ Li, who was killed in March 2020, generated much public sympathy in Montego Bay as they were both highly revered for their support of various charities.

The Gleaner understands that the Montego Bay Chamber of Commerce and Industry is now making a major push to initiate dialogue with JamaicaEye with a view to discussing the promise that was made in 2018 as well as whatever new plans are in the pipeline as it relates to additional cameras for St James.