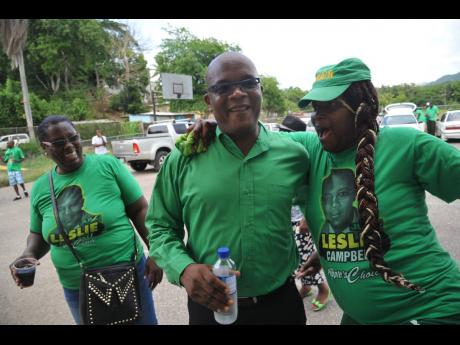 File
Supporters flank the Jamaica Labour Party’s Leslie Campbell in this September 2015 Gleaner file photo. Campbell is batting for Senator Kerensia Morrison to replace him as the party’s standard-bearer in the seat. 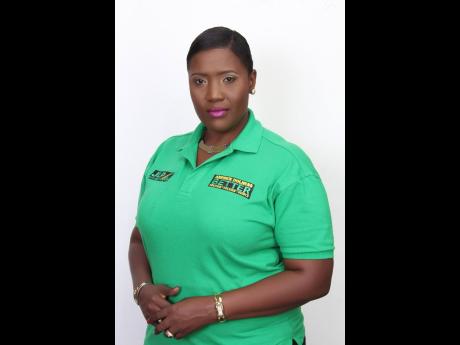 File
Campbell is batting for Senator Kerensia Morrison to replace him as the party’s standard-bearer in the seat.
1
2

North East St Catherine Member of Parliament (MP) Leslie Campbell has said that he is backing Senator Kerensia Morrison to replace him as the Jamaica Labour Party (JLP) standard-bearer in the constituency as he steps back from representational politics at the end of his current term.

Morrison, The Gleaner understands, is likely to get the nod to replace Campbell, who has announced that he won’t be seeking re-election for the seat.

“I believe she is qualified by virtue of not just her intellectual stamina, but I think she loves the Jamaican people,” he said, although admitting that the North East St Catherine seat was tough.

“I went in there, and, perhaps, one of the reasons why I have to think [about leaving] it is because it costs a lot of money,” he told The Gleaner. “It is expensive business.”

Campbell, who defeated the People’s National Party’s Phyllis Mitchell by 121 votes to win the seat in the 2016 general election, reasoned that the constituency boundaries might have to be reconsidered, given the vast geographical area it covers.

“Trying to cover the road network and providing services is very challenging,” the first-time MP argued.

Since 1989, North East St Catherine has had five MPs, all of whom have been from the JLP, with the exception of Mitchell, who won the seat for the PNP in 1993.

But according to Campbell, the constituency has been largely starved because the JLP was not in office for a long time “in order to give that seat the assistance it needs”.

“It is an extremely tough place. The demand, the expectation is just so great, but the resources are so very limited, and what we have practised for so many years – this kind of handout politics – it doesn’t work. It may appear to give you some sort of results in the short term, but in the long term, it doesn’t,” Campbell reasoned.

Pressed by The Gleaner on whether he would take an appointment to the Senate, Campbell responded, “It is something that I would think about, and if it fits in line with what I see as the future … .”

He noted that he had not had any discussion within the ruling JLP about any future role in politics.