Fire them all! - SBAJ calls for clean sweep at SCJ 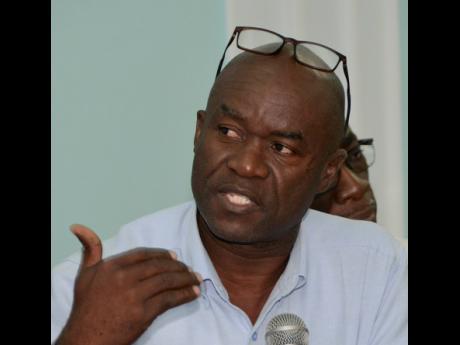 Sugar Company of Jamaica (SCJ) Holdings has received a scathing rebuke from Hugh Johnson, president of the Small Business Association of Jamaica, who has called for the firing of the entire board after the handover of 2,400 acres of Holland Estate farmlands, which has been steeped in scandal.

The state entity has become embroiled in controversy after it was revealed by The Sunday Gleaner that government minister J.C. Hutchinson urged SCJ Holdings Managing Director Joseph Shoucair to hand over possession of public lands to a stakeholder group including Lola Marshall-Williams, the mother of Hutchinson’s child.

Johnson, himself a farmer, has accused the state entity of recklessly doling out land to a connected few instead of established cultivators on proper holdings.

Johnson and other small farmers operating on lands that formed part of the Bernard Lodge Sugar Estate in St Catherine are engaged in an impasse with businessman Gassan Azan, who has acquired some 300 acres.

“We are calling upon the prime minister to remove the managing director and the entire board of Sugar Company of Jamaica Holdings because what is happening down by Holland mirrors what it is happening with our people and elsewhere right across Jamaica as it relates to sugar lands. Even though it may have different complexities, it is typical of how SCJ has been operating,” Johnson told The Gleaner.

The SBAJ president accused SCJ Holdings of departing from its mandate to retrench sugar workers and enable them to have a livelihood after sugar.

“All SCJ is doing is doling out large chunks of land ... and disenfranchising the productive capacity of farmers to produce, hence the reason for our food-import bill skyrocketing to surpass the US$1-billion mark,” Johnson charged.

Meanwhile, president of the Jamaica Agricultural Society, Lenworth Fulton, believes that the country should await the results of an internal audit by the Rural Agricultural Development Authority before any sanctions are contemplated. He believes that that process should happen within a week.

“This issue, however, underscores the urgent need for a new framework for land reform. You can’t continue to be leasing piece-piece of land to everybody and then expect the lease to cover the operational expenses for agencies such as the SCJ, Agro-Invest Corporation, and others,” he said.

The JAS boss is advocating for a single agency operating under the commissioner of lands.

Fulton has also questioned the rationale for the one-year moratorium given to Holland Producers, a company in which Hutchinson’s live-in partner had a stake, to operate on Holland Estate. That term ended on June 30.

Marshall-Williams has reportedly quit her directorship in Holland Producers since a Sunday Gleaner probe began.

Despite not paying the Government for use of the land, it has emerged that Holland Producers has subleased the property at rates of at least $9,000 per acre to other farmers.

“Why haven’t all the farmers on Bernard Lodge and all the other properties been given the same treatment – a one-year bly?” he asked.