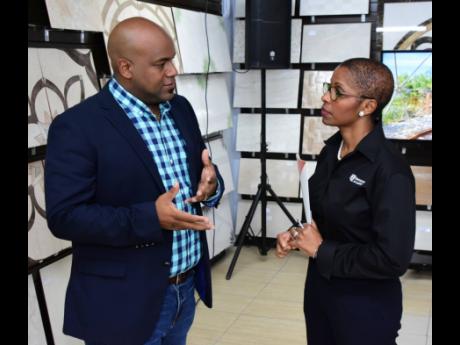 Build Expo, the Montego Bay-based entity behind the annual three-day expo, which showcases design and construction from top regional and international professionals and market leaders, has fallen into the clutches of hackers, who have stolen their website and are demanding a US$3,000 ransom.

According to Dwight Crawford, the founder and chairman of Build Expo, on Sunday July 5, they received an email from the hackers, stating that they had hacked their account and stolen their database and would disrupt their business and destroy their reputation unless a ransom was paid.

“What they demanded initially was US$3,000; but we suspected that, of course, like all scamming activities, we thought that it was just the start and that, if you send them US$3,000, they will soon tell you they need another US$1,000 etcetera,” said Crawford, who noted that, uncertain as to whether or not it was a hoax, they ignored it.

However, within recent days, Crawford said Build Expo, which has cancelled this year’s expo owing to the COVID-19 pandemic, has come to realise that they have indeed fallen prey to the hackers, as they have been experiencing a denial-of-service attack on their account, which has been flooded with hundreds of fake ‘register to attend’ emails.

“Our portal for ‘register to attend’ is usually used by companies or individuals that are interested in attending our Build Expo events, but what they (the hackers) have done is basically to use this portal to send fake registrations,” said Crawford, noting that their website has been linked to random websites which are doing unsanctioned activities.

Concerned about the potential harm to its brand, Crawford said the matter has been reported to the Counter-Terrorism and Organised Crime Investigation Branch (C-TOC), which The Gleaner has confirmed, and that steps are being taken to regain control of their database.

“We have registered an alternate domain name and we are in the process right now of having a new website built out. We have begun reaching out to our clients and partners to advise them of the situation ... and very important, we have reported the matter to local law enforcement, specifically C-TOC,” said Crawford.

With the hackers already in their system, Crawford is worried about the damage they could do to the Build Expo brand, as well, as to Jamaica’s reputation as a safe place to conduct cyber business.

“We are definitely concerned about the brand. Of course, if this can happen to us, it is theoretically possible to happen to any hallmark of Jamaican industry, big or small,” said Crawford.