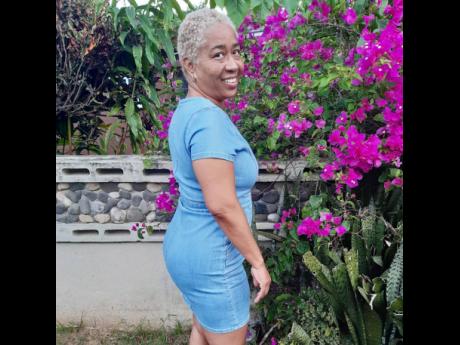 Contributed
Patrice Burfurd Henry blacked out on October 26, 2019, and awoke to the reality of battling a rare disorder.

The October 26, 2019, morning started out like any other. But what followed was anything but ordinary.

Patrice Burford Henry awoke in her Stony Hill, St Andrew, home on that fateful Thursday morning and went about her usual chore of making breakfast for her eight-year-old and 18-year-old.

That is all the 47-year-old divorced mother remembers before waking up in a hospital room at the University Hospital of the West Indies.

“For over a week, I did not recall what happened. I have no recollection of blacking out. I woke up in hospital and wondered how I got there,” she said.

Burford Henry suffered two aneurysms but survived. Doctors successfully performed a cerebral angiogram procedure to coil the aneurysms. However, they discovered that she has a condition called arteriovenous malformation, which disrupts the flow of blood and oxygen circulation to the brain. This results in seizures, blackouts, and chronic headaches because of a lack of oxygen flow to the brain.

It is usually present at birth and often results in headaches and seizures.

The Miami Neuroscience Center at Larkin is offering to do the procedure at the very basic cost of US$16,000, which includes post-op care, accommodation, and meals. The Gleaner has obtained written proof of the costs from the facility.

Burford Henry is not able to work because of blackouts and memory loss and is unable to cover her medical costs. Her family has started a GoFundMe page to assist.

The family has reportedly already raised around CDN$7,000 but still needs help.

Burford Henry received a medical visa from the US Embassy in Kingston last week to travel to Florida for the procedure. She is scheduled to be in the United States on July 26 for prep procedure and COVID-19 testing.

The surgery is planned for July 30.

Gamma knife radiosurgery is a very precise form of radiation that focuses intense beams of gamma rays with pinpoint accuracy to treat lesions in the brain.

In Burford Henry’s case, the procedure will be used to close off the malformed blood vessels at the back of her brain that will allow oxygen to flow freely to her brain.

Burford Henry still suffers blackouts and memory loss, which make it difficult for her to perform many simple chores.

“Sometime I start out doing things, and in the middle I forget what I was doing. Sometimes I even forget how to spell simple words,” she told The Gleaner.

“The memory loss is still there. I have had several spells of blacking out and I have no recollection of what I was doing.”