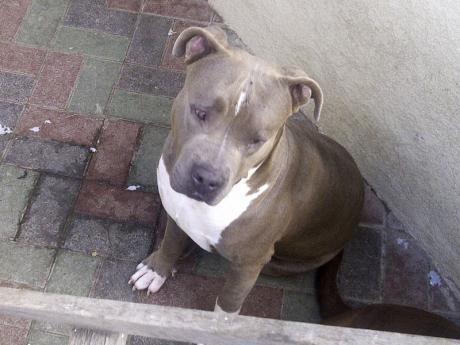 Under the Bill, dog owners will now be responsible for taking precautions to protect the public.

The proposed legislation would repeal the Dogs (Liability for Injuries By) Act of 1877.

In tabling the Bill in the House of Representatives, Chuck argued that dog owners will now be responsible for taking precautions to protect the public.

"We hope to see no more reports of dog injuries, but in the event they happen, I want Jamaicans to know that the Justice Ministry has taken the steps necessary to ensure redress under the law," Chuck stated.

The justice minister had made a promise to take action after a pit bull attack on a teacher last year, leaving her with serious wounds, which caused her to be hospitalised for a prolonged period.

The Bill proposes fines ranging from $500,000 to $3 million, or imprisonment from six months to 15 years.

Civil liability can be incurred if the dog causes injury in any place other than its home or where it is normally kept.

According to the bill, a dog owner is defined as the person who occupies premises where a dog is kept; has custody and care of the dog when the injury occurred; or who caused the dog to be in the public place where the injury occurred.

Chuck explained to Parliament that the Justice Ministry is dealing only with the aspect of the law under its purview but seeks to have other ministries address other issues such as licensing, registration, insurance, breeding, and importation.

Duties of the dog owner:

The previous Act only mandated the civil liability of owners, allowing plaintiffs to claim compensation for their injuries but had no criminal liability for the owners.