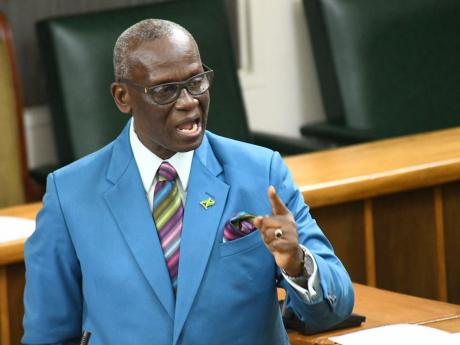 McKenzie: Tell our people that this Government cares and will work even harder for them.

Local Government Minister Desmond McKenzie today used his contribution to the Sectoral Debate to declare the government's readiness to make its case to be returned to office.

"We have heard the calls from the citizens to do better and to do more. We are ready to put on our jogging shoes; we are fit," McKenzie said.

McKenzie also reported that a new fire station was under construction in Old Harbour, St Catherine and that there would be a new infirmary in Trelawny.

Buoyed by his bench-banging colleagues on the government benches, McKenzie claimed that the Jamaica Labour Party, which now forms the Government, will be going to voters on a platform of performance.

"We are ready!" he declared.

Last week, a bill was tabled in Parliament to allow for local government and general elections to be held at the same time.

But up to last week, Prime Minister Andrew Holness had said an election was not on his mind insisting that he was focused on rebuilding the economy.