Owen Arthur a regionalist to the end 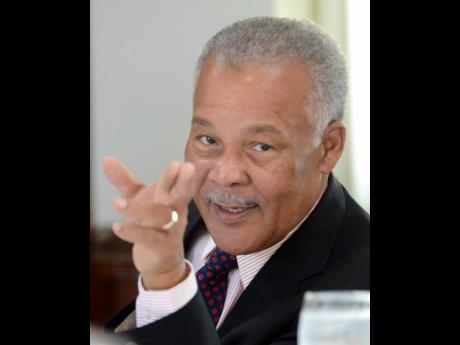 Former Barbados Prime Minister Owen Seymour Arthur is being hailed for his unwavering commitment to regional integration with the recognition of his pivotal contribution to the formation of the CARICOM Single Market and Economy (CSME).

Jamaican Prime Minister Andrew Holness yesterday saluted Arthur as “a man who served Barbados and the Caribbean with distinction”, adding that Arthur “was passionate about his country and the dream of regional integration”.

Opposition Leader Dr Peter Phillips hailed Arthur for his distinguished service to Barbados and to regionalism, including his lead role in establishing the CSME.

P.J. Patterson, who served as Jamaica’s prime minister for the majority of the time Arthur headed the Barbados government, credited the Barbadian for laying solid foundations for social and economic development to achieve economic growth and lasting prosperity in the region.

“He was a tireless campaigner in the cause of preserving health and social well-being of the Caribbean people while investing in their education and training in the order to unlock their full potential for sustainable personal, national and regional development,” Patterson said in a statement.

“He followed in the tradition of a distinguished list of Caribbean economic scholars who were dedicated and bold enough to apply their knowledge and intellect to the realm of politics and government in order to effect real positive transformation in people’s lives and circumstances,” he added.

Atherley, who served in Arthur’s Cabinet from 1999 to 2008, remembers him as a visionary.

“His breadth of knowledge was remarkable and evidenced itself by him entering into varied and multiple fields of subject matter, particularly so law. This stemmed from his avid reading and the measure of accountability which he felt attached to leadership responsibility,” he noted.

Former Jamaican Financial Secretary Wesley Hughes said Arthur was a “deep thinker on issues of development and public policy, and was a committed regionalist, who saw the need for pooling resources and ideas to solve the deep and intractable problems bequeathed to us by history”.

Arthur previously lived in Jamaica, working as an economist at the National Planning Agency (now Planning Institute of Jamaica), as the director of economics and statistics at the Jamaica Bauxite Institute and as a lecturer at The University of the West Indies, Mona.

“I had the unique experience of working with Owen Arthur in the three jobs he held while being in Jamaica,” said Hughes, also pointing out that Arthur “was particularly focused on the need for technological innovations as a driver in economic development”.

He added: “It was my great fortune to have interacted with such a wonderful and gifted intellect and extraordinary human being.”

‘Let my people try me’

During a visit to Jamaica in 2015, Arthur was scathing in his criticism of regional states which did not support the Caribbean Court of Justice as their final appellate body.

“I would be offended if somebody wanted to get justice for me [or] against me by taking me before a court in Britain. I would be offended. Let my Caribbean people try me,”he declared during a Gleaner Editors’ Forum.

Arthur argued further that a fundamental obligation of any society is to provide justice for its own people and any continued dependence on outside forces is tantamount to a regional inferiority complex.

“The notion of the Caribbean looking to the Britain to provide justice, for us, is, I believe, elevating the people who serve on the British courts to a level of superiority in their jurisprudence that is not worthwhile,” he added.