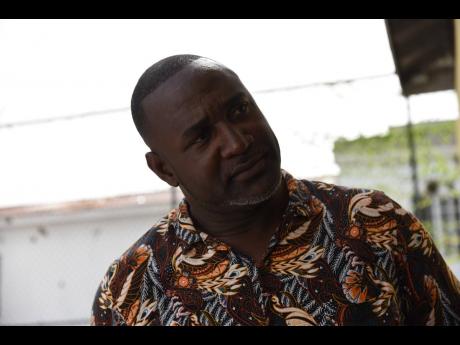 The decision by long-time People’s National Party (PNP) affiliate Peter Shand to break ranks and run as an independent candidate in St Ann North West in the upcoming general election seems hardly a bother to the party.

“We consider his bid to be unfortunate. We don’t think it is going to assist the PNP in any way in the election, but we are confident that Dayton Campbell will retain the seat on behalf of the PNP based on the work that he has done in the constituency and his track record as a member of parliament,” PNP General Secretary Julian Robinson told The Gleaner on Wednesday.

Robinson said that Campbell enjoys the support of the entire leadership of the party in his re-election bid.

Campbell, meanwhile, indicated that he was hardly paying any attention to Shand’s plans.

“His campaign is not my business. My business is my campaign, so I have a duty to go around and interact with my supporters and cause them to be so eager to come out and cast their vote for the People’s National Party. That is where my focus is,” Campbell said.

Campbell said his canvassing showed that Shand was not having any significant impact on his bid to retain the seat.

“We will win,” Campbell asserted.

Shand, a well-known businessman in St Ann North East, could not be reached for comment and did not return calls made to his office.

Sources said that while Shand had harboured thoughts of entering representational politics over the years, his bid in North West has come as a surprise, as North East has always been his hunting ground.

His actions will not attract any disciplinary measures from the PNP as according to the general secretary, despite his many years of affiliation with the party, he is not an official member. Therefore, “the normal disciplinary procedures wouldn’t apply”, Robinson said.

The general secretary said that efforts were made to dissuade Shand from running as an independent, but he was determined to go ahead. Robinson said that the PNP was focused on retaining the seat and was fully supportive of Campbell.

“We are pretty clear we have one candidate in the race, and that’s Dayton, and we are fully supporting Dayton in this effort,” Robinson said.