Hold off on the champagne - Crime consensus will have to check off big targets before celebrations, says professor 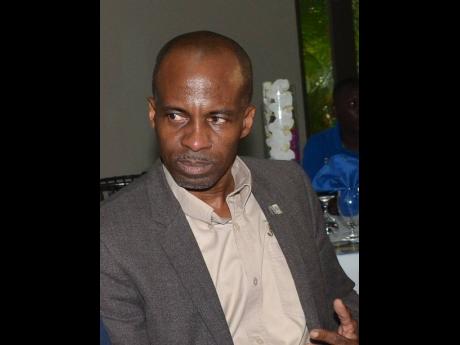 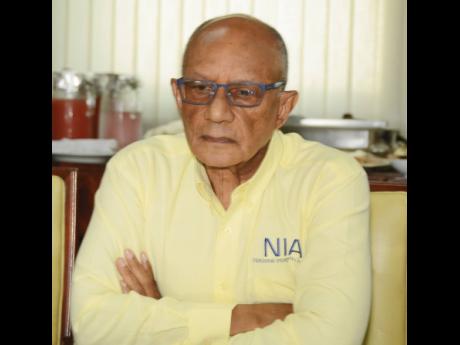 Not everyone is ready to pop open the champagne over last week’s signing of a memorandum of understanding (MOU) by the island’s political leaders and representatives from other sectors of society aimed at achieving a sustainable reduction in crime.

In fact, the National Consensus on Crime will have to prove its mettle, which depends largely on how the nation’s leaders adhere to the principles even as public buy-in remains critical to its success.

The MOU outlines four major priorities: the elimination of criminal gangs; the reintegration of troubled communities; the prevention of corruption, collusion, and money laundering; and improved planning in the police and judiciary. It also establishes set timelines for priority initiatives.

It also calls for politicians to break all links with known or suspected criminal gangs and for the immediate resignation of members of parliament and senators found guilty of involvement in corruption or other criminal acts.

But last week, crime experts were not so optimistic about a change in tide, especially with a general election on the horizon and the potential for tethers between politicians and criminal elements to be drawn tighter.

Reflecting on the document, which was also endorsed by public- and private-sector leaders and human-rights groups, Dr Christopher Charles, professor of political and social psychology at The University of the West Indies, Mona, stopped just short of likening its goals to wishful thinking.

“Some of these criminals are known entrenched supporters of the major political parties,” he told The Sunday Gleaner.

“Breaking the links requires that the entrepreneurs that fund the parties withhold campaign donations and general funding until the links are severed. Once their funders stop giving them money, they will find ways to break the link because they want the resumption of cash flow to operate [political] parties,” reasoned Charles, charging that even the security forces are complicit in maintaining the links between the two, especially in the campaign season.

“The security forces stop looking for wanted criminals once the bell rings and the trumpet sounds signalling the start of a general election campaign. Some of these criminals tend to be active on the campaign trail, supporting and campaigning for their political parties,” he said.

The professor pointed out that for the consensus to have any chance of success, there must be a divorce from the “look-in-a-car” strategies being employed in zones of special operations and states of emergency across the island, although these seem to be popular among the people.

In addition to stricter regulations over financial management, the MOU addressed the involvement of shady businessmen, contractors, and attorneys, saying those found guilty of collusion should face professional misconduct sanctions and criminal charges.

One attorney noted the care with which drafters addressed political corruption compared to the frankness meted out to other players. He explained, however, that since the document is not legally binding, charges will have to be made based on existing laws – such as the controversial Proceeds of Crime Act – which have been found lacking over the years.

Last Thursday, anti-corruption campaigner Professor Trevor Munroe, the principal director of National Integrity Action who assisted in formulating the document, said that while it may not be legally binding, the MOU still carries weight.

“This is broader than moral suasion insofar as both [major political] parties, for the first time, have actually signed a consensus document that includes not just priority statements and moral imperatives, but also gives timelines by which both sides and the other signatories have committed to getting certain important measures completed,” he said.

Munroe cited commitments to transparent public board selections and independent and tamper-free policing among the priorities.

“By the end of September – whoever is the Government – number one, at least one-third of the members of the [state] boards must remain; and two, all boards must be constituted from a skills bank,” he cited.

“There are a number of commitments and timelines, and all of these commitments are going to be monitored by the establishment of what is called a consensus monitoring and oversight committee, which will be constituted by representatives of civil society,” he said.

Every three months, that committee will report to the people as to how far and whether the commitments in the consensus and the timelines agreed on are actually being met, he continued.

“So ultimately, the question is really how far our citizens, private-sector groups, the Church, citizens’ associations – we as the ‘boss’ – are willing to say, ‘Look, time come for you to do what you say you are going to do’.

“I’m hoping that in the same way we monitor the International Monetary Fund agreement, that the media will make the public aware on a continuing basis that this is what was agreed to be done,” he said.

Lloyd Distant, president of the Jamaica Chamber of Commerce, which represents businesses in Kingston and St Andrew, was equally optimistic.

• We agree that no one in Jamaica is above the law; there will be no immunity/impunity from prosecution for a serious crime or corrupt act, and corruption shall be a criminal offence.

• The political parties will repudiate and reject any links to gangs or other organisations that are known or suspected to be involved in criminality.

•Any member of parliament found guilty of involvement or complicity in corruption or of facilitating criminal activity will be immediately sanctioned by their party, and subject to criminal charges if deemed warranted by the Office of the Director of Public Prosecutions.

• Any senator found guilty of involvement or complicity in corruption or of facilitating criminal activity will be immediately obliged to resign and may be subject to criminal charges if deemed warranted by the Office of the Director of Public Prosecutions.

• Any minister found guilty of involvement or complicity in corruption or of facilitating criminal activity will be immediately obliged to resign as a minister and may be subject to criminal charges if deemed warranted by the Office of the Director of Public Prosecutions.

• Any company that is found guilty of corruption, facilitating or knowingly benefiting from organised crime, or acting as a front for organised crime, will be disbarred, along with their principals, from bidding on future government contracts.