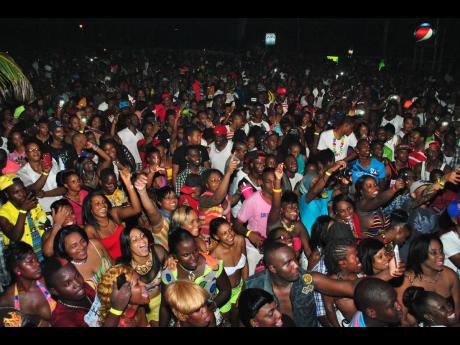 File
Andrew Wright, promoter of the Chug It party series, says that the actions of the Asset Recovery Agency were “malicious and an abuse of process”.

A popular party promoter who had his bank accounts frozen for almost two months amid a probe by the Financial Investigations Division (FID) has filed a more than $220-million lawsuit against the Government.

The lawsuit was filed in the Supreme Court on Tuesday by lawyers for Andrew Wright, more popularly known as ‘Andrew French’, promoter of the Chug It and French Connection parties.

Wright was barred from accessing his accounts on May 7 this year after the FID, through the Asset Recovery Agency (ARA), went to court and obtained a restraint order on his finances on the basis that it had commenced criminal investigations against several individuals, including the well-known promoter.

The businessman, through his attorneys Peter Champagnie, QC, and Neco Pagon, challenged the restraint order and had it lifted by the Supreme Court on July 6, despite strong opposition by the FID.

In the lawsuit, which seeks damages in excess of $223 million, he charged that the restraint order was obtained “for an improper purpose without any substantial foundation”. This includes damage to his entertainment business, the suit claims.

He asserted, too, that the actions of the ARA were “malicious and an abuse of process”.

Champagnie offered no details about the lawsuit, but suggested that it may be the first time an individual has challenged the basis on which an entity of the State obtained a restraint order.

“Normally, the individual would be satisfied with the order being lifted. But in this case, it is being taken one step further in that he is seeking to recover damages for what he considers a malicious action,” he told The Gleaner on Thursday.

“It is a matter that will be interesting for our jurisprudence.”

NOTE: An earlier version of this story referred to Frenchman Connection. It, in fact, should have been French Connection. We regret the error.