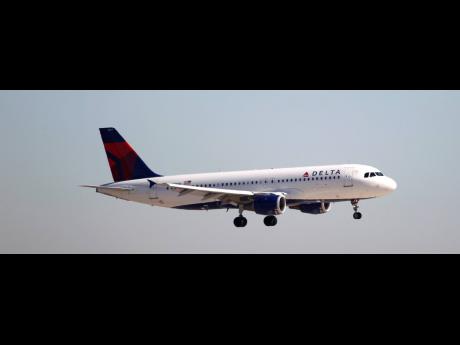 File
Jamaica gave the green light to tourists to travel here in June after incoming passenger traffic was halted on March 24.

Although not in overwhelming numbers, a majority of Jamaicans disagree with the Government’s decision to restart the tourism industry on June 15 after it was initially shut down because of major outbreaks in Europe and North America from which most of the island’s visitors travel.

The latest RJRGLEANER-Don Anderson poll revealed that 53.7 per cent were opposed to the resumption, while 46.3 per cent agreed with the decision.

The survey, which was conducted between July 24 and August 3, fielded responses from 1,071 registered voters.

The margin of error is plus or minus three per cent.

Public affairs commentator and financial analyst Dennis Chung felt that most of the responses might have been emotionally driven, as people are fearful of the dreaded coronavirus disease.

“If you look at the facts, the spike really came because of returning residents who broke quarantine. So it’s not the tourist section that caused the spike. It’s coming directly from people like the pastor keeping church … those are where the spikes are coming from,” Chung argued on Thursday in reaction to the findings.

Former president of the Jamaica Hotel and Tourist Association, Evelyn Smith, told The Gleaner that the influx of tourists who have arrived in the island since the reopening of the borders has been nowhere near pre-COVID-19.

She said the results of the poll were not surprising, arguing that the closeness of the results was reflective of the various viewpoints that were being debated even within the tourism sector.

“Fifty-three to 46 is pretty close. It pretty much down the middle,” Smith contended.

The former JHTA president said the majority of people who came in did not stay in hotels.

“The occupancy level in hotels is about 20 to 25 per cent,” Smith mentioned to support her point that majority of those who had been let in were not necessarily tourists.

Chung, in the meantime, said the poll result was not reflecting that a majority of Jamaicans were ignorant of the vital role of tourism in the economy.

“When people are faced with immediate bad news, they are going to react in a certain way. I do think people recognise the importance of tourism, and that if we don’t have tourism, we are going to have a serious problem with foreign exchange.” Chung further said.

The poll found that 88.3 per cent disagreed with the Government’s policy not to test tourists on arrival.

In relation to whether the Government properly handled the controversial episode of ship workers stranded at sea, 60.1 per cent approved, while 39.9 per cent disapproved.

“You can recall when the Jamaicans were stranded on the sea, people say, ‘Boy, the Government wicked! They need to let them in.’ And as soon as the people came in and all the cases were announced, the same people I heard saying, ‘Why we let them in?’

“What it was supposed to do is give people some relief. A lot of the people who might be responding that the CARE package is not adequate or didn’t meet the purpose, maybe they are the persons who were actually still working,” Chung commented.