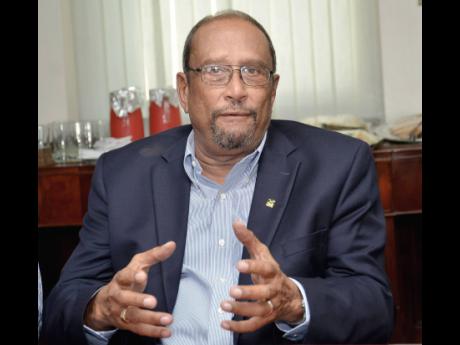 Jamaica’s electoral laws should be amended to bar candidates flagged by the Integrity Commission from contesting parliamentary elections, the head of one civil society group has suggested.

The commission is the body established to police the Integrity Commission Act, the country’s anti-corruption legislation.

The suggestion by Howard Mitchell, chairman of Jamaica Accountability Meter Portal, comes as Jamaicans remain in the dark about the status of 13 current and ex-parliamentarians flagged in 2017 by the former Parliament Integrity Commission for breaches of the anti-corruption law.

The previous commission disclosed, in its last annual report covering the 2017 calendar year, that five of the 13 current and former lawmakers were reported to the Office of the Director of Public Prosecutions for either failing to file statutory declarations or failing to provide additional information requested. Both are breaches under the legislation.

The declarations filed by the others had not been cleared, the report said.

Seven of the 13 are candidates for the two main political parties in the September 3 general election.

Where it is proven that an aspiring member of parliament wilfully breached the anti-corruption law, Mitchell believes the Integrity Commission should have a role to play to ensure that individual is barred from facing the electorate.

“The Integrity Commission should perhaps have the right or the authority to indicate that in those circumstances, either the party that is putting forward the person or whether it should be written into the Representation of the People Act, that that person is in breach and therefore is not eligible to run,” he said.

“It’s time we put teeth in the laws and regulations that we pass or else they are a joke. It is a critical matter and it relates to the capacity of the person and the credibility of the person that is offering themselves for election.”

Executive director of the commission, Greg Christie, declined to give an update on the status of the 13 current and former lawmakers, citing privacy clauses included in the legislation passed by parliamentarians in 2017.

“The permissive ambit within which the commission can communicate with the public, the media, civil society and other stakeholders, and what it can and cannot say, is significantly different to that which governed the commission’s legacy institutions and, in particular, Jamaica’s former Parliament Integrity Commission,” Christie said in an email response to The Sunday Gleaner.

“We, therefore, cannot provide you with information in relation to specific individuals,” he added, noting that the agency has formally recommended to the Parliament that it be vested with the authority to comment on investigations “as deemed necessary and appropriate”.

No prosecutions or criminal proceedings were initiated over the two-year period, the two reports revealed. Unlike its predecessor, the Integrity Commission has been vested with the authority to prosecute persons who breach the act.

MPs, like other public officials, are required to file an annual declaration of their income, assets and liabilities.

Section 43 of the Integrity Commission Act stipulates that a person who fails, without reasonable cause, to submit a statutory declaration or provide additional information requested by the director of information and complaints commits an offence and is liable on summary conviction in a parish court to a fine not exceeding $500,000 or to a term of imprisonment not exceeding six months. The court may also make an order mandating the person to comply with the requirement in respect of which the offence was committed.

“We treat that whole situation in a cavalier and maybe hypocritical fashion. We pay lip service to these obligations and that needs to change,” said Mitchell, insisting that statutory declaration is one of the standards by which a trend analysis can be conducted.

“If in 1980 I had a house in Mona and a six-year-old motor car and after three years of public life, being paid the paltry salary that politicians are paid – and I’m favour of increasing it – I have a house in Jacks Hill, a house in Beverly Hills, a house on the north coast and four cars, I think I should be required to explain how that happen,” he reasoned.