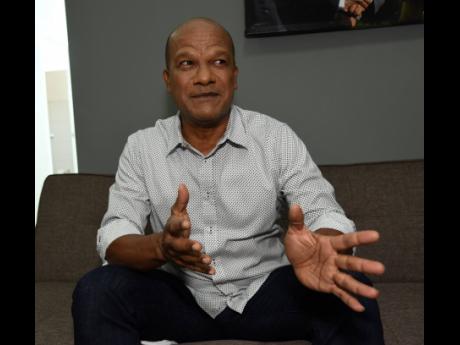 The decision of co-Campaign Director Peter Bunting to self-quarantine because of contact with a COVID-positive colleague will not derail the campaign of the People’s National Party (PNP) nine days before the September 3 general election.

Mitchell was reportedly advised of his positive test on Monday by the Ministry of Health Wellness, which is reported to have commenced contact tracing.

Mitchell, councillor for the Royal Flat division in Manchester Central, had been in self-quarantine since nomination day, Tuesday, August 18.

PNP Chairman Fitz Jackson said Monday evening that Bunting’s influence in leading the party’s election machinery would not be compromised because his mobility would be restricted.

“We have our campaign team committee meeting which he participates in virtually, so he will continue to participate as co-campaign director,” Jackson told The Gleaner.

“As campaign director, (quarantine) will prohibit him from making appearances in public as a senior member of the team, but in terms of his contribution to the campaign effort, that will not be impaired in terms of planning and execution,” Jackson added.

The co-campaign director, a statement issued Monday said, did not have any symptoms and is awaiting the result of a coronavirus test.

Bunting’s role in ramping up support for the party will be key in the final stretch of the election campaign, which has already been dampened by COVID-19 concerns and restrictions on mass canvassing of constituents.

General Secretary Julian Robinson said that despite the disappointment of the late withdrawal of the two debaters, the party’s team remains strong with Hanna and Pryce.

“Both are experienced and I believe we have a very strong team despite the late withdrawals. It shows the depth of the talent in the party that, at the last minute, we could find suitable and strong replacements for them,” Robinson said Monday night.

Tomlinson withdrew from tonight’s debate following her attendance at a party where she might have been exposed to COVID-19-infected individuals. Bunting, Tomlinson, and Dr Dayton Campbell would have completed the party’s team of debaters.