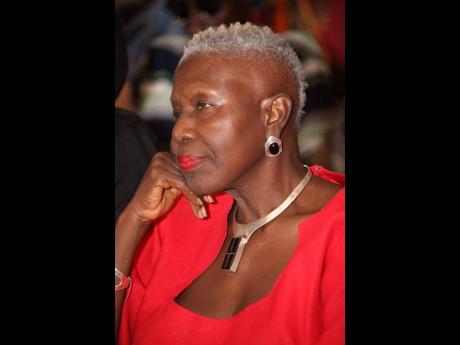 Professor Emerita Carolyn Cooper has expressed concern that senior citizens who opt to vote on election day may be at undue risk of contracting COVID-19 unless special lines are established for the aged.

Cooper, a public commentator and Gleaner columnist, has challenged the recommendation by the Electoral Office of Jamaica (EOJ) that elderly voters turn up at polling stations between 11 a.m. and 2 p.m. on Thursday, September 3.

Traditionally, there is a high volume of voters in the first few voting hours of election day. Polls open at 7 a.m.

Cooper’s worry comes amid a surge in coronavirus cases in Jamaica and the Government’s decision to allow infected persons to vote during the last hour of election day. She believes that the 11 a.m. voting recommendation is ill advised.

“For the first time in my life, I am thinking of not voting because I do not feel safe, and I just feel that it is a tragedy that we should be in a situation where you have to be choosing between your health and your right to vote.”

Director of Elections Glasspole Brown has sought to assure the elderly, who are especially vulnerable to the new coronavirus if they have underlying health conditions, that election day staff would be on watch to offer assistance. EOJ workers, Brown said, would usher the elderly to the front of the line and help them to vote as quickly as possible.

“In the early part of the day between 7 and 10, we usually have the longest lines. So if they (seniors) are able to stagger the time they come between 11 and 2, you usually find a trickle of persons in the polling station on average, most of the time. So if they are able to use that window, it might be easier for them to get in and out,” Brown told The Gleaner.

However, he made it clear that this was not a binding directive but moral suasion.

“We are encouraging them to do so and it is more of an encouragement than an instruction,” Brown said.

Cooper, 69, is advocating that voting hours be extended as the logistics of health protocols will slow down the process, causing seniors to spend more time in queues.

She is also critical of the Holness administration’s decision to call an election in the middle of a pandemic. A general election is due by March 2021.

“I think that more attention should be paid to protecting the vote and I think the whole thing started with the rush to call the elections that they didn’t have time to work it our properly,” said Cooper.

Jamaica recorded 2,459 cases as at Monday. Twenty-one people have died from the virus.

Meanwhile, Jean Lowrie-Chin, founder of the Caribbean Community of Retired Persons, supports the suggestion by the director of elections for the elderly to avoid the morning rush.

Her major concern is of a different order.

“I want to appeal to the political representatives to ensure that they sanitise the vehicles in which they are transporting the elderly and that they take extra masks and sanitiser for their use,” Lowrie-Chin said.