‘Don’t watch the hype’ - After poll results, PNP supporters say Miller is no match for Fagan 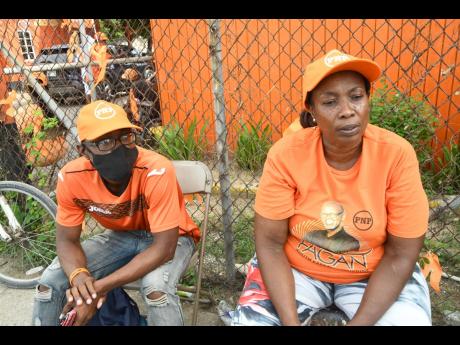 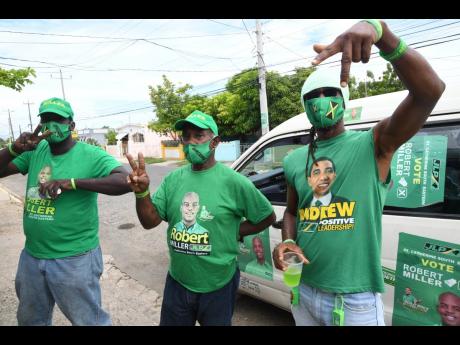 “When it comes to pollsters, a Big Rob a lead, but on Thursday, Fagan will be winning,” Fagan-backer Richard ‘Bucky’ Reynolds told The Gleaner. “Thursday dem caah beat we cross yah. A PNP place dis.”

Michelle West, another PNP supporter, said that Miller’s campaign has been all about hype. She warned that: “A nuh hype, it’s voting that wins elections. They have more boards and more posters but at the end of the day, Fagan will be winning.”

Fagan, a three-term member of parliament, is engaged in a tight race with Miller to win the seat, which has been in the PNP column since 1989. Anderson’s poll has Fagan trailing in three of the five divisions, including Edgewater, where he served as councillor before stepping up to become member of parliament. His only places of comfort are the Waterford division, where he leads Miller by 20 percentage points, and Westchester, where he is ahead by five percentage points.

Reynolds, who is from the Independence City division, said that voters should return Fagan because he has performed.

“Him do him work. Him help both sides. If you a Labourite and come to him, him a help same way,” he said.

Renair Benjamin, Fagan’s campaign manager and councillor for the Westchester division, told The Gleaner that the poll is encouraging. “Surprisingly, we are feeling very confident regarding the poll, especially the breakdown by division.

“... If you realise the Westchester division where I am the councillor, we are leading there and that is traditionally where the JLP would have done better,” Benjamin said.

While being comfortable with Westchester breakdown, Benjamin is not accepting the findings in Edgewater, which show Fagan trailing Miller by 13 percentage points.

“That division, traditionally, we have won it handsomely over past elections and we don’t expect any change this time around,” Benjamin said.

However, the JLP supporters in the constituency said that Fagan should see the poll results as the writing on the wall. “If you can’t be a man fi yuh yard, how you a guh be a man out a road?” Nigel Thompson said as he pointed to what appears to be Fagan’s loss of control in Edgewater.

Another of Miller’s supporters, Blueford Blanchard, said that there are signs that the constituency is ready to swing to the JLP.

But Roxann Humphrey, a resident of Westchester for 38 years, said the polls are not a true representation of what is happening on the ground.

A strong 68 per cent of the people surveyed by Anderson said they would be voting in Thursday’s election. The highest the turnout has been in the seat since 2002 is 54.6 per cent in 2007.